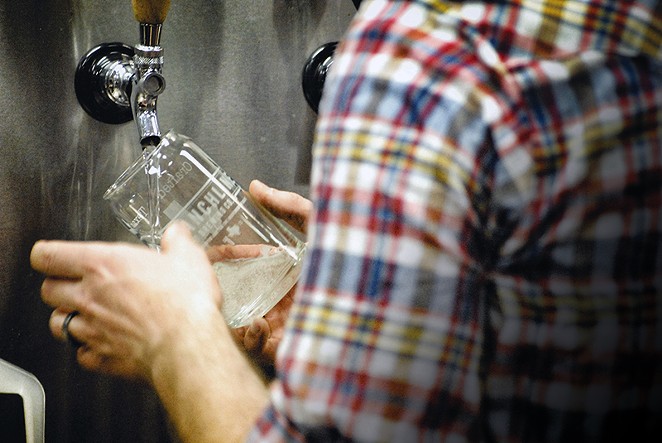 In a drab building that used to house a tile shop, amidst the ticky-tack warehouse maze between Loops 410 and 1604, it's brewing day at Branchline Brewing Company.

As they work, people occasionally filter into the brewery's tasting room to buy a six-pack or to get a keg or a growler filled. But to the potential customers' astonishment, and the brewers' dismay, Ard turns them away. He's required to by law.

Texas' inconsistent and arcane liquor laws forbid many breweries from selling their goods for off-site consumption – although distilleries, wineries and even other beer makers can.

Under current Texas law, production breweries – those with manufacturer's and brewer's licenses that brew their own beer for distribution – are not allowed to sell directly to consumers for off-site consumption. But beer makers with a brewpub license can both sell beer for later consumption and brew up to 10,000 barrels of beer per year for distribution. That cap scares off some craft brewers from classifying themselves as brewpubs.

Manufacturers rely on a middleman to get their product to retailers, empowering the state's distribution companies.

"We would easily double or triple [the tasting room's business] if we were able to do on-site sales," Ard said. "It sucks. It's not fair. If brewpubs, wineries, and distilleries can do it, why can't production breweries?"

The situation creates a confusing conundrum for consumers and producers alike.

Local beer and whiskey maker Ranger Creek Brewing and Distilling is in a particularly odd position. Customers are free to purchase whiskeys from the "brewstillery" for off-site consumption, but they can't do the same with beer. Being able to sell both would benefit both the business and beer lovers alike, according to one of its founders Mark McDavid.

"A small local brewery like us can grow quicker and over time and that will start to reveal itself in more local options on your grocery story shelves," McDavid said. "That's a good thing for most consumers. They want to buy local, they want to buy fresh, and they want to have different options."

Few breweries flaunt the law, according to Texas Alcoholic Beverage Commission spokesman Chris Porter. Those that do face fines of up to $300 a day, and TABC can revoke the license of repeat offenders.

The law is a conspicuous outlier in a state that advertises itself as a utopia for deregulation and small government. Craft brewers have lobbied the state legislature to change it, but their efforts have been stymied in part by the well-funded beer distributor lobby, which opposes such a change because it would cut into their business.

This may seem like small potatoes (or hops, oats or rye, for that matter), since craft beer is booming both in Texas and nationwide. It's a $3.7 billion industry in the Lone Star State, with the number of registered craft breweries nearly doubling between 2011 and 2014, according to the Brewers Association, a national craft beer trade group. 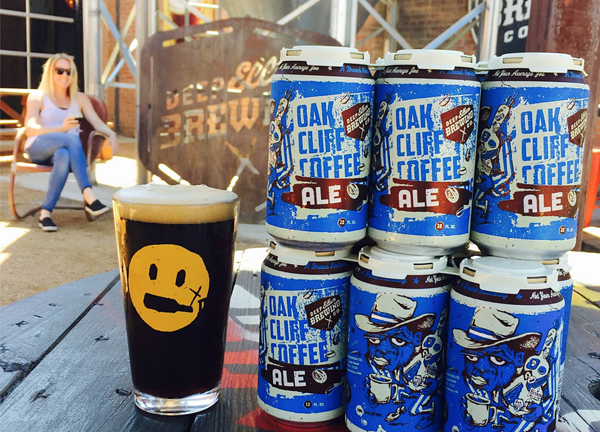 But craft brewers argue that it creates an unfair and even illegal double standard. The arrangement is so untenable that on September 14 one brewery, Deep Ellum Brewing Co. from Dallas, filed a federal lawsuit in Austin against TABC claiming that the system was "arbitrary and discriminatory."

"The Texas liquor laws ... violate Deep Ellum Brewing's constitutional rights to Equal Protection and Due Process," Deep Ellum's complaint states. "They also harm Texas residents and visitors – not to mention the Texas economy – by impeding, if not totally precluding, their right to choose where they can buy certain alcoholic beverages for home or off-premises consumption."

Although San Antonio brewers agree that the law needs to change, they're split on whether a lawsuit is the best path forward.

"I like seeing it settled in the court rather than by the money funded to our legislature by lobbyists," said Eugene Simor, president of Alamo Beer Company. "I think a court system is a much more fair procedure to put all players on an even playing field."

Ard supports it too. Although he couldn't financially justify joining Deep Ellum in the lawsuit, he's offered his support to the brewery's founder, John Reardon.

But McDavid and others see little chance of victory in court, and prefer to focus on the 2017 legislative session.

"I'm not sure what [the lawsuit] is going to achieve," McDavid said. "The legislation got written to where it was very clear that production breweries cannot sell beer to go. Even though I don't like that, to me there's not much interpretation in that law. What we need to do is change the language of the law."

But that's easier said than done, since it would require moving the distributor lobby monolith. Groups such as the Wholesale Beer Distributors of Texas, Silver Eagle Distributors and the Beer Alliance of Texas spend millions each year on campaign contributions and well-connected lobbyists to represent their interests at the Capitol.

Calls to local distributors and distributor groups were not returned by press time.

Distributors spent more than $7 million in political donations and lobbyists between 2009 and 2012, according to the non-partisan watchdog Texans for Public Justice. And that investment typically pays off, according to McDavid.

"My interpretation is [distributors] are definitely big and powerful, but they want to protect what they have worked hard to build," he said. "Direct sales to consumers is a big scary thing for them not because craft brands are going to sell some beer, but if one of the big guys found a loophole."

Until the law changes, production brewers must seek other options. If Deep Ellum's lawsuit is unsuccessful, Ard plans to reclassify as a brewpub when his license is up for renewal next year. Under Texas law, brewpubs can make their own beer and sell directly to consumers, as long as they produce less than 10,000 barrels per year.

Local breweries claim that selling directly to consumers is critical for their long-term growth, and that's especially true for Branchline. Ard hopes to move to an area with more foot traffic in the next few years, and direct sales are a big part of his business plan.

"[Distributors] are worried that people are going to come here instead of going to a Spec's ... which is not the case," Ard said. "It's a very small amount of people who will come here versus going to a liquor store or H-E-B. But that small piece helps us out immensely."