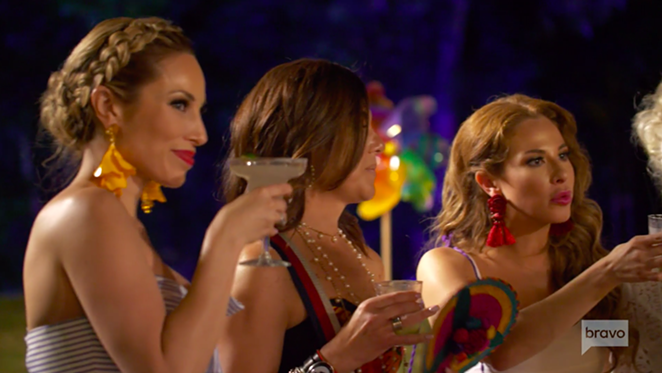 With the premiere date less than a week away, the stars of the upcoming San Antonio-based Bravo reality show Texicanas are giving fans a sneak peek of the first episode.

Although May 5 has yet to happen, the series premiere will revolve around a Cinco De Mayo party thrown by cast member Mayra Farret. Earlier this week, the San Antonio woman shared a photo on her Instagram, showing her carrying a huge bottle of tequila that she said her party attendees "finished until the very last drop."

The image was just one of many released by Getty Images ahead of the Tuesday, May 7, premiere date.

San Antonians hoping to see a bit of the Alamo City on reality TV can watch the episode at 9 p.m., while invited guests will be able to attend a watch party at Hotel Discotheque. The exclusive event will include appearances by the Texicanas themselves. Cast member Karla Ramirez and her husband Manoli Zacharias own the nightclub.

"It should be a fun night with everyone celebrating this big step in bringing more Hispanic-based reality shows to television and also a nationally televised show to San Antonio," Ramirez told the Express-News.

Sneak Peek of Texicanas Episode 1. I hosted at my house a fantastic 5 de Mayo party with my friends from all over San Antonio. This is the size (misil) of tequila bottles we used and finished until the very last drop! Stay tuned for this epic 5 de Mayo party! #fiesta #mexico #tequila #5demayo #sanantonio #vivafiesta #mexicanparty #premiere #texicanas @bravotv @bbcstudiosla