That show from all the billboards is coming to San Antonio — but what is Shen Yun, really? 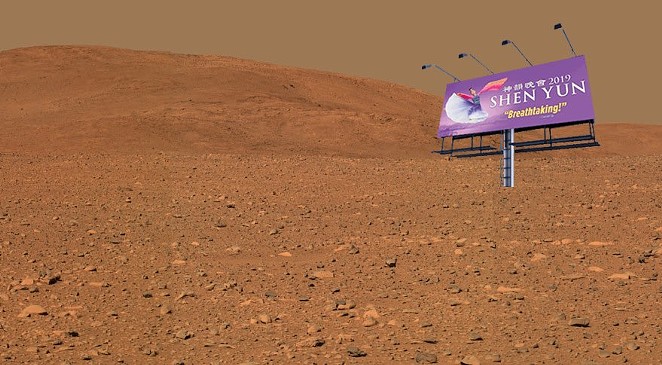 Widely known to the American public via its annual marketing blitz, Shen Yun bills itself as “the world’s premier classical Chinese dance and music company.” Its touring productions feature a corps of dancers and singers, as well as an orchestra that showcases traditional Chinese instruments.

The performing arts organization is run by the religious movement Falun Gong (also known as Falun Dafa), which is headquartered in New York State. Originally founded in China in the ’90s by Li Hongzhi, Falun Gong was later outlawed by the Chinese Government — the Chinese Embassy’s website describes it as an “anti-society cult” and “a cancer in the body of the modern and civilized society.”

In myriad think pieces that dance around the question of whether Shen Yun is indeed the mouthpiece of a cult, critics have noted that the company’s performances have propagandistic elements, including a hallucinatory anti-Communist finale number that featured a projection of Karl Marx’s face on a tsunami, as related in the New Yorker by Jia Tolentino in 2019.

Shen Yun performances also include references to the movement’s anti-evolution stance, though Falun Gong certainly isn’t the only religious group to promote that belief via an entertainment medium — Kentucky’s Creation Museum has had the market cornered since 2007.

Not all Shen Yun productions include the same programming, so there’s no guarantee that Marx’s visage will appear in conjunction with a natural disaster at the company’s upcoming Tobin Center appearance. But we can promise this: it will certainly be an experience.