'The Amazing Spiderman 2' Spins its Mettle from Absent Fathers 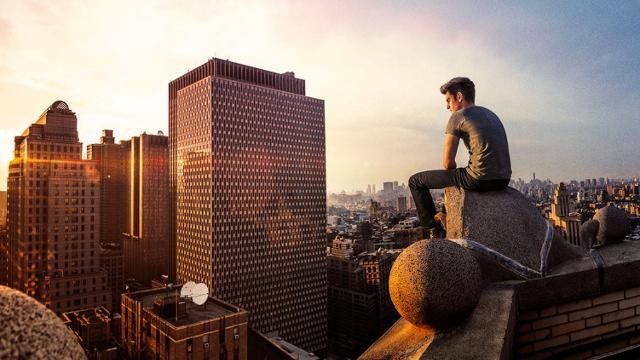 Father-son relationships are often complicated and influential. In the Amazing Spider-Man 2, that relationship accounts for not only creating a superhero, but a super villain.

By the end of the first movie, Amazing Spider-Man (2012), Peter Parker has a lot of issues. He’s part spider, his uncle died, his girlfriend’s father died, and he had to defeat his mentor Dr. Connors to prevent New York City from becoming a bunch of lizard people. All this occurred before he even graduated high school.

In the first scenes of Amazing Spider-Man 2, we see Parker is still psychologically burdened. He worries about the safety of his girlfriend, Gwen Stacy. Also, the mysterious disappearance of his father weighs heavy on him. So much so, they both distract and anguish him day-to-day.

To New York City, Spider-Man seems like a veteran crime fighter, but he’s a noob when it comes managing his personal life. He is torn between his duty to the city, and his responsibility towards Stacy. He wants to help his Aunt Mae make ends meet, but his vigilantism doesn’t pay a wage. Even if Parker is ill, he’s compelled to stop crimes as they occur. His personal life is a mess.

As Parker begins his to address his present and past issues, we discover just how similar Parker’s struggles are to his deceased father’s. Furthermore, Parker’s old friend from elementary school, Harry Osborn, undergoes his own struggle with his recently deceased father. Unknowingly, each character follows in their father’s footsteps and it unwittingly turns them against one another.

The script for Amazing Spider-Man 2 really keeps the talent busy playing to extremes. Throughout, Andrew Garfield’s Peter Parker/Spiderman is both quick on his feet and quick-witted. Surprisingly, Garfield can shed a tear to surprising dramatic effect. Emma Stone plays her character, Gwen Stacy, as a girl who dots all her i’s and crosses all her t’s; she’s smart, funny, argumentative, and no nonsense all at the same time. Jamie Foxx gives two very different performances of the unstable Max Dillion and Electro that both work. Dane DeHaan delivers as Harry Osborn, the sensitive, wounded rich kid with something-to-prove, but I wish his portrayal as the wildly angry Green Goblin did too.

As for director Marc Webb, he integrates the funny, serious, and campy sides of the movie fairly well. When Parker and Aunt May argue about who does the laundry, it feels lighthearted. When Parker and May finally have a long overdue heart-to-heart, the movie takes itself utterly seriously. The mad scientist with a German accent is just so deliberately over-the-top it looks like it came out of some B-movie sci-fi scene.

Other than the big opener and the closing number, much of the movie is spent sans Spider-Man fighting bad guys. Instead, we see Parker and Stacy trying to manage their damaged relationship. When Parker and Osborn meet for the first time on screen, we see a deep friendship forged despite being from different sides of the tracks. Furthermore, we see how vulnerable Parker is as he attempts to uncover the reason behind his father’s abandonment.

Refreshingly, the Amazing Spider-Man 2 feels like an natural step in the Spider-Man franchise because questions raised in first movie are answered in the second. The constant talk of finding a cure for Oscorp’s founder becomes an even more relevant plot point. We learn the true reason why Parker, as a child, was left with his grandparents. More importantly, the movie subtly clears up the meaning behind Uncle Ben’s message to Parker about how “unresolved things in ones life make us who we are.”

What Parker doesn’t know, and what we get to experience in the movie’s shocking climax, is that no amount of understanding could have prevented what was coming for him all along. @marshnaylor