The Art of the Press Release 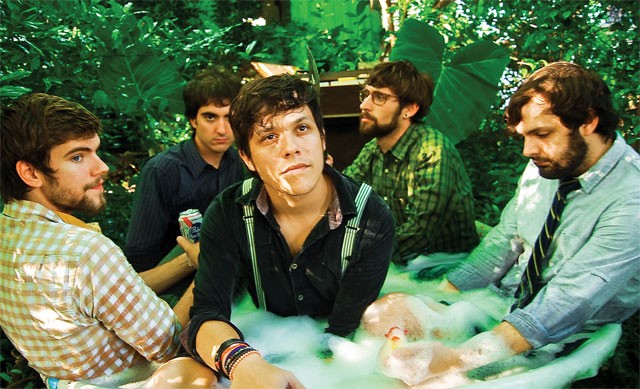 Rabbit! plays at the Limelight on Thursday, August 11, but besides the show being an imaginative way to address endangered funding for the arts, there is another reason to attend: the presence of New Orleans’ psychedelic folk-country combo Vox and the Hound, which has just released Hermosa, its debut EP. You can stream or buy the album at voxandthehound.bandcamp.com.

Musically speaking, Vox and the Hound and David Mayfield couldn’t be more different, but they do have one thing in common: besides being talented players worthy of attention, they both sent us well-written, informative, easy-to-read press releases at least two weeks in advance, thus dramatically increasing their chance to be featured in this column. A note a few days before a show saying, “Hey, Enrique, I’ll be playing this Saturday at such and such … Can you do a little write up?” is not enough, folks. But many of you already got it right, thanks to workshops hosted by Local782 with the help of some of the city’s top music writers. Specifically, Jim Beal. When I once told Nicolette Good, in passing, how good a press release she sent me was, she mentioned how Beal had helped her and others at a Local782 meeting which dealt with precisely that: writing press releases that don’t suck. If you missed that meeting, don’t miss the one organized by the Texas Music Coalition on Tuesday, August 16 at Olmos Bharmacy/Patty Lou’s Restaurant (McCullough at Hildebrand). The meeting won’t be solely devoted to the art of press-release writing, but it will cover publicity in general. Beal will be at the table with Express-News colleague John Goodspeed, and as usual in these TMC meetings, the networking starts at 6:30 p.m., the panel is at 7, and the habitual Butch Morgan open mic goes on afterwards. I’ve seen it happen: these meetings work. If you have a band or are a solo artist, be there.