The best thing about Transformers: Dark of the Moon is that it should be the last 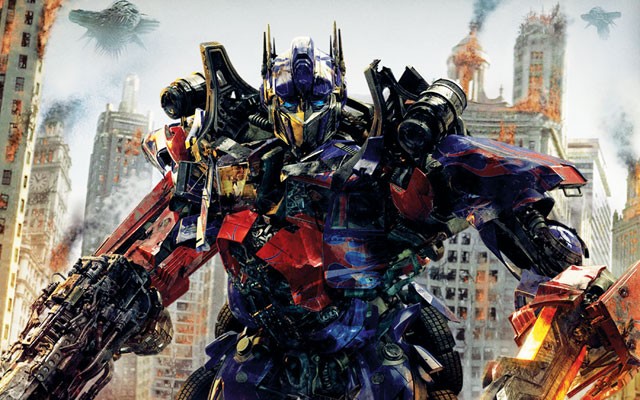 Transformers: Dark of the Moon

Textbooks be damned. The use of alternative histories has been such a go-to fad in cinematic curriculum recently that no one should be surprised if impressionable movie-going kids really start believing vigilante superheroes helped earn America a victory in Vietnam (Watchmen) or that young mutants saved the country from nuclear war during the Cuban Missile Crisis (X-Men: First Class).

Sure, there is an obvious difference between the allegorical political statements in Neill Blomkamp’s apartheid-inspired sci-fi thriller District 9 and the renegade Jewish soldiers who unload a slew of bullets into Adolf Hitler in Quentin Tarantino’s Inglourious Basterds, but it’s all in good fun when films mix make-believe scenarios and momentous events of the past. Wouldn’t more people know the history behind the Louisiana Purchase if Napoleon Bonaparte was really a French cyborg soldier?

If anyone in Hollywood needed to avoid rewriting the history books it should have been director Michael Bay, who had already mortified WWII history buffs by making 2001’s Pearl Harbor into a foolish wartime soap opera. And yet, a decade later, Bay is back with a unique variation on the Apollo 11 spaceflight in Transformers: Dark of the Moon, the third — and hopefully final — installment of the action- adventure franchise based on the Hasbro toy line of the ’80s. Yes, it’s better than Transformers: Revenge of the Fallen, but that doesn’t say much, since the second movie had the aesthetics of what could only be described as rusty robot porn.

In Dark of the Moon, Bay and returning screenwriter Ehren Kruger decide the July 1969 lunar landing by NASA was more than just a space mission to beat the Soviets to the moon, a goal we see President John F. Kennedy lay out to Congress six years prior via old news reels and mediocre digital re-imaging. Instead, the objective for Apollo 11’s astronauts Neil Armstrong and Buzz Aldrin is to investigate the mysterious crash landing of an object on the moon’s surface, which turns out to be an Autobot spacecraft containing technological secrets.

Flash forward to present time and a carefully crafted close-up of the panty-covered backside of Megan Fox replacement Rosie Huntington-Whiteley (a Victoria’s Secret lingerie model with Walmart-brand personality) strutting up the stairs to her hero boyfriend Sam Witwicky (Shia LaBeouf), who is quick to brag about the presidential medal he received for saving the world but can’t land a job that makes him feel as relevant as he did when he was part of the Autobot forces.

A regular 9-to-5 job will have to wait when an exiled Megatron (Hugo Weaving) returns to Earth to once again lead the Decepticons against Optimus Prime (Peter Cullen) and his Autobots, now working across the globe to protect the human race. When the Decepticons figure out a way to use the Autobots’ technology for their benefit, a new battle begins between the robot races. Sam and his military cohorts find themselves in the middle of a Chicago warzone leaping from crumbling buildings and dodging twisted metal, all in glorious and exhausting 3-D.

Some of the startling computer-generated visuals are what actually make Dark of the Moon tolerable, even at an inhumane runtime of 154 minutes. As with most of his films, however, Bay doesn’t take the less-is-more approach when it comes to spectacle. That he saves for his convoluted screenplay and flat human characterizations.

Quirky history aside, Dark of the Moon is exactly how you’d expect Bay to end the bankable trilogy. Let’s just hope a promise from LaBeouf to not return for a fourth will be enough to put this series to rest. At least, that is, until we find out Thomas Edison patented Megatron’s weaponry. •