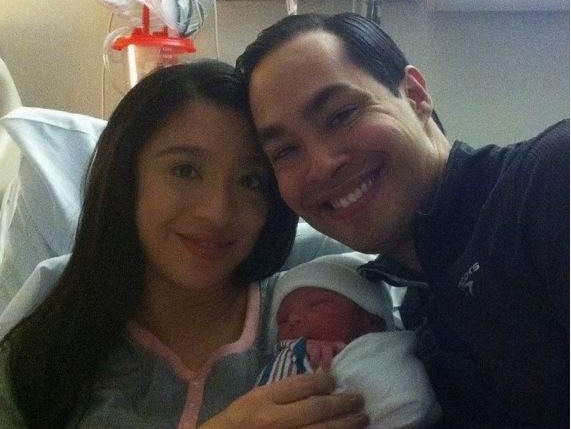 Secretary Julián Castro and his wife Erica announced the birth of their son Cristian Julián Castro last night on Twitter. The former San Antonio mayor posted a photo of the newborn on the social media outlet.

The baby boy was born at Sibley Memorial Hospital in Washington D.C. yesterday at 11:16 a.m and weighs 7 pounds and 14 ounces. Christian is the Castro's second child. The couple has a five-year-old daughter, Carina Victoria.

We have been blessed with a baby boy, Cristian Julian Castro! Erica and Cristian are doing well. pic.twitter.com/N7aYgRwat2