The Conjuring: The Devil Made Me Do It proves just how difficult it is to be scary 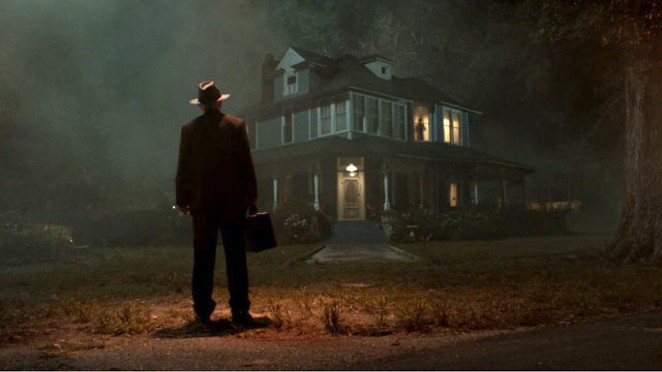 When Marvel Studios announced plans in 2017 to do a third film in its continuing Thor series, fans had no idea how far out there Thor: Ragnarok would be, or how completely different the third installment would be from its predecessors.

And what fans got was one of the best films to date in the entire MCU.

I personally believe it’s high time that The Conjuring franchise do something just as bold and risky.

Now, hear me out, because I know there are legions of fans who lap up each new installment in the ever-expanding universe first created by James Wan way back in 2013, but with the eighth (!?!) film now playing in theaters, it’s clear that there’s only so many different camera angles that can be used to try and make an exorcism seem fresh, much less terrifying.

And that’s just one of the issues with The Conjuring: The Devil Made Me Do It.

After successfully introducing paranormal investigators Lorraine and Ed Warren (Vera Farmiga and Patrick Wilson) in the first two stand-alone Conjuring films, which were both helmed by Wan, the reins have been handed over to Michael Chaves, whose only other feature film credit is The Curse of La Llorona, arguably the weakest of all eight movies.

Chaves wastes no time diving straight into the true-life exorcism of 8-year-old David Glatzel in 1981, and while he uses every tool and trick at his disposal, Chaves doesn’t come close to matching the raw power of the best horror movie exorcisms that have come before.

Chaves treats the Warrens like superheroes in their own right, which is fine, but he doesn’t allow nearly enough time for the audience to appreciate watching them be actual investigators, working side-by-side with police detectives.

He also introduces a doozy of a missed opportunity, which comes in the form of the trial of Arne Johnson, whose defense was that he was demonically possessed at the time he killed a local business owner.

Johnson, who was dating Glatzel’s sister, basically invited the demon inside the young boy to take over his body instead. And when that decision comes back to haunt him, and Johnson is arrested covered in blood, the Warrens convince his attorney that they can help prove the existence of demons to help her prevail in court.

Now that’s a proper hook for a narrative arc, but Chaves does nothing with it other than to show some actual photographs taken from Johnson’s real trial while the end credits scroll.

The big mystery has to do with the origin of the demon, and who originally summoned it in the first place, and the bulk of The Devil Made Me Do It is spent watching Ed and Lorraine scramble to expose both.

The end result, sadly, is pretty lackluster, despite some impressive set designs and some creatively staged jump jolts.

Whereas past movies in this franchise focused on better-known evil objects ("Annabelle") in the Warrens’ collection, or provided an origin story for a particularly nasty evil spirit that they encountered (“The Nun”), the main antagonist in The Devil Made Me Do It is never given a proper name or much in the way of a backstory for why or how she became an occultist steeped in satanic rituals.

I won’t lie, The Conjuring: The Devil Made Me Do It is easily the fourth best film in the franchise, behind Wan’s original, Annabelle Comes Home and Annabelle Creation, but you can hear the gears grinding and sputtering throughout.

If this series is to continue, and there’s no reason why it won’t, Warner Brothers and Wan and everyone involved in crafting each new story need to go back to the Ouija board and come up with something truly different if they ever hope to scare us again.