The Cult of Flaco Jiménez, The Greatest Of All Time 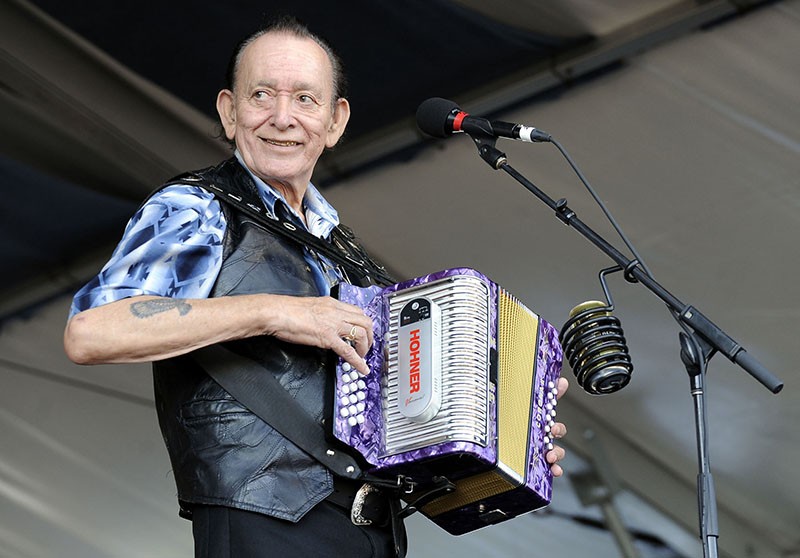 The irony of Flaco Jiménez's career is that the most successful musicians — at least in terms of popularity and ticket sales — all want to work with him. Yet, outside of Texas, among ethnographers, musicologists and those with their noses buried in the liner notes of popular music, he remains largely unknown.

Flaco's standing as an unknown known (borrowing former Defense Secretary Donald Rumsfeld's saying) places him at the crux of the American musician's dilemma: finding yourself to be the most revered musician amongst musicians.

In the United States, this designation generally doesn't amount to shit. However, I think it's the most honest, admirable life for a musician to lead. As capitalism distills everything into a product, the arts being no exception, it's a beautiful line to walk between a humble troubadour paid in liquor and shelter and feudal-lord-serving lawsuits to pre-teens pirating your latest "return to form" while hocking credit cards and lingerie (think Dylan in '61 vs. Chrysler Dylan or Raw Power Iggy vs. Iggy by Gap). If Tom Waits is that precarious line, Flaco is on the legit side of it.

It is generally the affliction of the supremely skilled that they be relegated to the used bins of popular culture. Flaco is one such musician. When he dies, he will be celebrated in San Quilmas as the brilliant conversationalist that he is. But no one beyond our environs will really know what just happened. Not on a national scale. And this is a glorious gift.

This anonymity is an affirmation of his aptitude and musical vocabulary. Jack White wants to be Keith Richards, who wants to be Chuck Berry who wants to get paid and fuck white girls. That's why Chuck is the man, Keith is dope and Jack is scurrying after them. And then there's Flaco. The music behind the marketing; the skill behind the swagger; the playing behind the posturing.

I don't respect Flaco Jiménez because the Grammys gave him a Lifetime Achievement Award after 67 years of playing masterful accordion, but because he spent those 67 years in relative obscurity, as a master, playing for beer, tacos, pretty women and some spending money. I have never sat down and had a beer with the man (though this is my formal invitation), but I don't think Flaco gives a shit about being as big as any of the artists that seek him out to color their records with the hues of his authenticity.