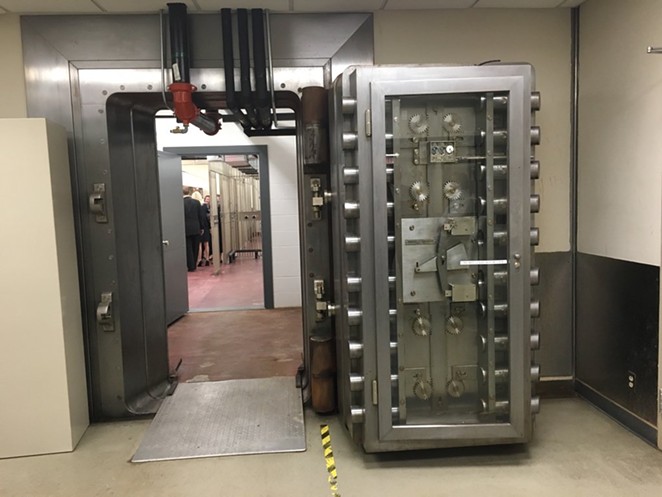 The recent conflict-ridden era for the Alamo came closer to an end Tuesday as Bexar County Commissioners Court approved a lease allowing the Daughters of the Republic of Texas to house its library in the former Federal Reserve Bank building.

The decision resolves a conflict over the massive collection that started after then-recently elected Texas General Land Office Commissioner George P. Bush fired the Daughters, or DRT, in early 2015. The organization had managed the Shrine for more than a century. Bush cited 10 contractual violations committed by the DRT, the most concerning one being a failure by the DRT to repair the aging, damaged structure.

But lost in that mix was the vast DRT Alamo Library collection, which has more than 38,000 items. There was never any argument by the DRT that the state owned the Alamo and its grounds, but ownership of the library was hotly contested. Initially, Bush's office said the state owned the materials. But the Daughters protested, saying it was the DRT that collected all the items, not the state.

So the Daughters sued Bush and the GLO. A little more than a month ago, the GLO settled and agreed that the items belonged to the DRT and paid them $200,000 in court costs. An Associated Press investigation found that staff in Governor Greg Abbott's office called the settlement "unfortunate" and "avoidable."

The settlement did, however, triggered a scramble to find somewhere to house the library, which is currently in a storage facility. In mid-July, news made its way to Councilman Roberto Treviño, whose district encompasses downtown San Antonio, that Texas A&M University-San Antonio was negotiating with the DRT to move the library into Centro de Artes, a city-owned building that sits in the so-called Zona Cultural — a state-sanctioned cultural district. Treviño quickly intervened, saying the proposal stood in stark contrast to the city's stated mission for the Centro de Artes to promote Latino arts and culture.

So instead, Bexar County has agreed to lease space to Texas A&M University-San Antonio, which is graduating to a four-year university this month, just down the street from the Alamo in the six story Federal Reserve Bank building so the school can add academic, gallery and archive space. Officials with A&M-SA say the presence of the DRT collection will enhance programs they already have planned for the building and increase the university's library archives and special collections unit (the DRT collection will be on loan).

While the DRT library has found a home, it's likely not the end to acrimony surrounding the Alamo. Last December, the GLO announced it purchased the Woolworth, Crockett and Palace buildings, all historically significant, that are across from Alamo Plaza. A press release announcing the acquisition promised no immediate change for tenants in the buildings, which include businesses like Grand Trolley Tours, 3D Tomb Raider, Ripley's Haunted Adventure and Guinness World Records. "While there will be no immediate changes for the tenants, having the state own these buildings will help as we all work together to make the Alamo the destination that it should be,” Bush said at the time.

And there are changes on the horizon at Alamo Plaza. The City of San Antonio and The Alamo Endowment, in coordination with the GLO, are developing an Alamo Plaza Master Plan that seeks to make the shrine and area around it akin to historically significant places like Gettysburg, Valley Forge or Jamestown, which have more reverent settings. Like those battlegrounds, many see the Alamo as a symbol of freedom whose image is recognized across the country—yet instead of a respectful, peaceful tone, the current atmosphere around the plaza is more reminiscent of a trip to Disney World.