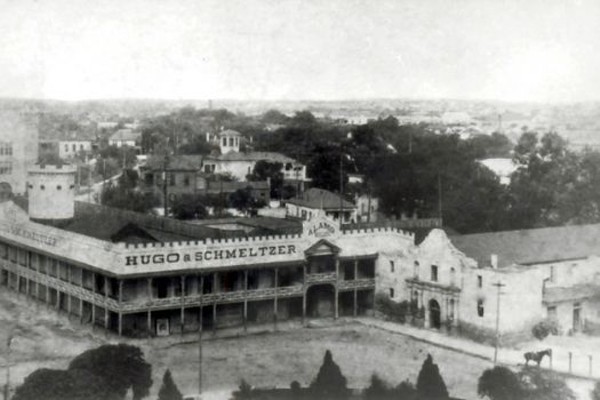 A bill meant to better preserve the Alamo is on its way to Governor Greg Abbott's desk for a signature.

The new law means the Texas General Land Office will enter into an agreement with the City of San Antonio to coordinate planning and development of improvements to the Alamo complex and the "area immediately surrounding the complex."

The GLO will also be able to establish an Alamo Preservation Advisory Board. The Daughters of the Republic of Texas won't be included in the advisory board.

You have to wonder whether the DRT's lawsuit against the GLO influenced that decision. In early March, GLO Commissioner George P. Bush, citing 10 contract violations, fired the long-time managers of the Alamo effective July 10.

A couple week's after the decision, the DRT sued the GLO alleging that the land office is trying to seize a 38,000-item library the DRT claims it compiled, alleging the move is "an unlawful attempt to take the organization's private property."

The bill, if signed into law, would give authority to the proposed Alamo Preservation Advisory Board to promote and support the complex. That effort includes educational and museum facilities for the preservation of manuscripts, books, relics, pictures and all related info.