The Dream Team: The year’s best musicians all in one place 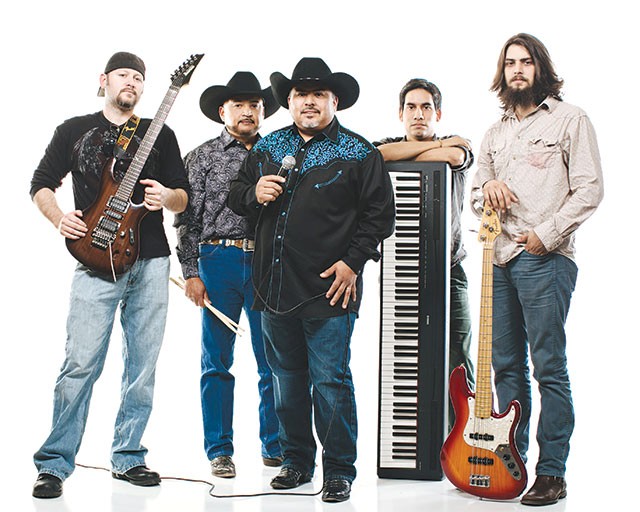 Mea culpa: in my excitement for adding new categories in this year’s San Antonio Music Awards poll (Best Sound Engineer, Best Sound Person), I forgot to add the most obvious one, which has been neglected for years: Best Accordionist. I promise you next year it’ll be there. Stupid me.

However, and in case you haven’t noticed, you can still form a band without a squeezebox, and the readers went ahead and chose the best guitarist, bassist, singer, keyboardist and drummer. The winners belong to bands with styles so completely different that I wondered: what would happen if we put these guys in a studio together? Better yet: just imagine what these guys would sound like together. And better still: see them live next time they perform in town and check them out for yourself.

Don’t underestimate a cover band when you see one—especially if it’s a good one. When it comes to making other people’s metal, AUDIOMOUTH has extra credit that makes Urteaga’s victory all the more commendable.

“We only have one guitar, and what Mike does is amazing,” bassist Rudy Flores Jr. told the Current. “To be able to cover all the different styles of metal bands with only one guitar, and to do it live with no samples, you need a monster. That’s what Mike is.”

Los Tovares had their first taste of glory last year, when they surprisingly won in the Best Tejano/Conjunto category. This year, the only surprise is that they won in the Country/Americana category. And you know what they say: you are only as good as your drummer. Santos Tovar is the man that allows the band to go from straight-ahead Tejano to cumbia, roots stuff and all the way to country. He’s the man with the beat, and we honor him.

As the heart, soul and sound of Los Tovares, Frank Tovar is the crooner who can get dusty when he has to and who goes mellow when the balada demands it. Since winning as a group for the first time last year, the Tovares’ fan base has kept growing and now they’re beginning to vote for each individual member, sending a message to all the other Tejano/Conjunto and Country/Americana artists: get your pinche público together, or Los Tovares will continue winning year after year after year.

For Bombasta (Best Latin Alternative Band winner), Jaime Ramírez is the one with the tumbao’; and the salsa, and the cumbia, and the rock, and the hip-hop and whatever else El Robótico puts in front of him. Plus: he can jump from Bombasta’s pachanga mestiza madness to Marco Cholo Quintet’s jazz faster than you can say “azúcar!!”

“Jaime is a great keyboardist and performer,” Bombasta guitarist/singer Roberto “El Robótico” Livar told the Current. “His background performing with the circus gives his playing a certain eclectic feel—it doesn’t matter if he’s performing cumbias and Latin funk with us or directing a musical theater production. He’s definitely one of the best keyboardists in town and has all 10 fingers dipped in all sorts of projects in town.”

You’re wrong, Robótico: according to the Current readers, he’s the best.

I had heard of Crown, but what I saw at the Korova on August 5 left my jaw on the floor: there he was, a young bassist and part of Crown—a near show-stealing act on a bill full of local heavyweights opening for Molotov. Crown’s a power trio with enough bluesy stuff to think of Cream, and enough psychedelia to recall Hendrix. These guys sound contemporary, but when you listen closely, they go way back. And within that structure, Borchardt is a combination Jack Bruce/John Entwistle and … Josh Borchardt. Keep an eye on this guy, who’s making SA bassists repeat what London guitarists were saying in the mid-to-late ’60s: “I just saw a guy who’s going to put us all out of work.” OK, not quite. But you get the idea.