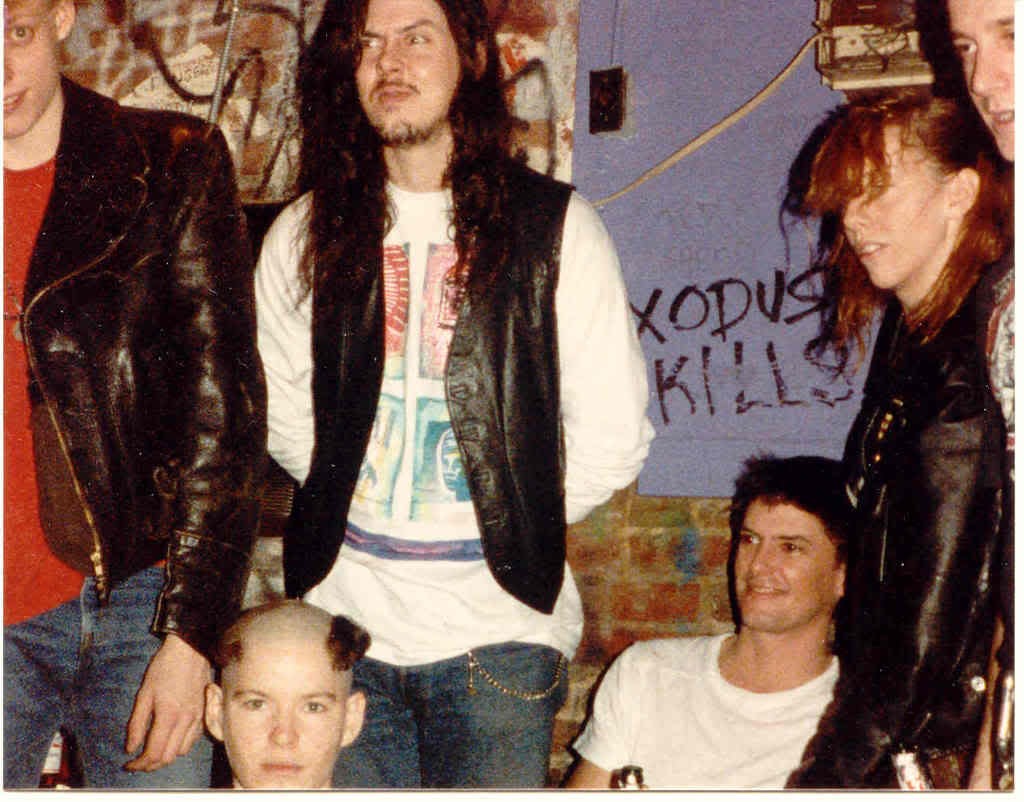 When people write about the weirdness of "Tomorrow Never Knows" or "Get Yer Freak On?," there's always the qualification of 'weird for their time.' That's the thing about the Butthole Surfers: In the 30 years since its release, the band's debut EP has lost none of its weirdness.

With its fairly straight-ahead storyline (white heads south of the border to "score some of that heroin brown") and killer bassline, "Mexican Caravan" stands out among their early material simply by way of sounding kind of like a song.

Following one of the greatest opening sketches in recorded history, Leary's earth-shattering riff drops in like an anvil, setting the 'anything goes' tone for the band's 1987 magnum opus. Haynes' manic yelps, and King Coffey and Teresa Nevosa's twin drum attack are left free to freak-out across the track's six-minute run. But it's Leary who stands out, making a case for himself as a criminally overlooked twisted guitar genius.

Often overlooked in favor of Steven's left-field hit "I Saw An X-Ray of a Girl Passing Gas," the Surfer's ode to the Spanish crooner is the record's key cut. Over a rockabilly bounce that could pass for one of the Reverend Horton Heat's looser jams, Haynes accuses the elder Iglesais with jacking off in space, 69-ing with the pope and watching his sister pee. Not sure what Iglesias did to Haynes to deserve such lyrical treatment, but it makes for pretty amazing listening—maybe he had to hear Iglesias' shitty cover of "Light My Fire" on KONO as much as I did.

"Who Was in My Room Last Night" Independent Worm Saloon / 1993

Even with fellow underground acts Sonic Youth, Flaming Lips and Melvins signing with major labels in the early '90s, the Butthole Surfers' move to Capitol seemed absurd. But then who could have known the band had mainstream rock in them the whole time. Leary, in particular, proved himself to be a riff machine, unleashing his inner Tony Iommi on "Edgar" and "Strawberry." But opener "Who Was in My Room Last Night" is his opus: a propulsive, thrashing assault that ranks among the band's best.

The hit, the sellout song, however it's remembered—"Pepper" will likely be the band's most lasting legacy. Thankfully, it's a solid, undeniably catchy track, even if it sounds a bit like the band heard Beck's "Loser" and thought 'Sure, we could pull that off.' While it's trip-hop pop sounds oppressively tame up against their gnarlier early stuff, there's still something deliciously punk about a band called the Butthole Surfers forcing their way onto Letterman.