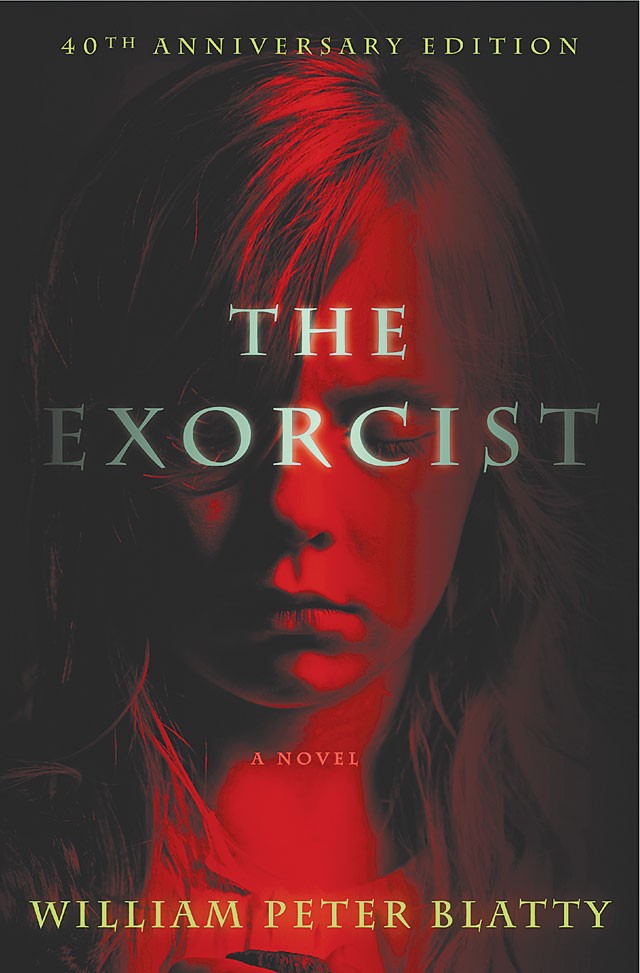 Perhaps the reason The Exorcist is such a terrifying experience is because author William Peter Blatty wasn’t even trying to be scary. Primarily known in the late ’60s as a comedy writer of books and screenplays (A Shot in the Dark), when the funny season dried up and no studio would hire him to write anything not-comedic, Blatty set out to develop a story about possession that had been in his mind for years. What he wanted to do was a sophisticated examination on God, the devil, and religion, but he got a lot more: the book sold more than 13 million copies, the 1973 movie directed by William Friedkin won two Oscars (including one for Blatty, who wrote the screenplay), and million of moviegoers were scared out of their socks. Not bad for a first draft.

For the book’s 40th anniversary, Blatty was finally able to polish the prose (don’t worry, “Your mother sucks cock in Hell” remains) and add new dialogue, but the new minor character of a Jesuit psychiatrist doesn’t add anything to the story, and you’ll likely forget the new scene faster than you can say “Regan.” All the rest, though, is as intense as it was in 1971. Yet, the new version is closer to what Blatty would’ve liked to do. “At 84, it might not be totally unreasonable to hope that my abilities … have at least somewhat improved,” he wrote in a statement. “This is the version I would like to be remembered for.”