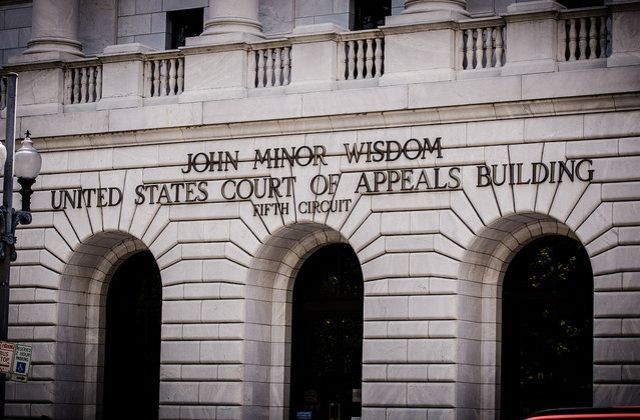 As the remnants of New Year's Eve on Bourbon Street in New Orleans linger, all eyes will be on the NOLA-based U.S. Fifth Circuit Court of Appeals, where in early January judges will hear arguments in two cases that will dramatically impact the lives of millions in our state: the constitutional ban on same-sex marriage and the omnibus anti-abortion bill that has dramatically reduced access to safe and legal abortions statewide.

Lower district courts have ruled that the laws violate basic constitutional rights, but the state of Texas ultimately appealed those decisions to the Fifth Circuit. The conservative court has previously upheld laws found to discriminate against a particular population, most recently Texas' voter identification law, which left more than 500,000 Texans–predominantly minority voters, rural Texans and the elderly–out of the democratic process.

"Texas has always generated a tremendous amount of civil rights litigation," said Al Kauffman, a law professor who specializes in federal and Texas court procedure at St. Mary's University Law School. "The district courts go one direction, toward a protection of fundamental rights in terms of the plaintiffs ... there's certainly an argument that [the Fifth Circuit is] being extremely activist now, as far as how quickly they move to reverse district court decisions."

The Fifth Circuit, responsible for hearing cases out of Texas, Louisiana and Mississippi, is made up largely of judges appointed by Republican presidents, including Ronald Reagan and George W. Bush. One judge in particular, Edith Jones, was under fire last year after an ethics complaint, which has since been dismissed, alleging she publicly made discriminatory and derogatory remarks against mentally ill, Hispanic and African American defendants. The court currently has two vacancies.

The role of the federal appeals courts, Kauffman says, is not to dispute the facts established by lower court rulings, but to determine if those facts were presented erroneously or given too much weight. "The court of appeals is not supposed to reverse the district court's decision because they disagreed with them on the facts; that's not appropriate," Kauffman said.

The judges have already upheld Texas' sonogram law, which requires women seeking an abortion to get a vaginal ultrasound 24 hours before their procedures, as well as most of House Bill 2, the current law before the court.

Lawyers representing the state of Texas and abortion providers challenging the law will make their second appearance before the Fifth Circuit on January 7. In October, the court allowed Texas to immediately enforce the law pending a full appeal, leaving the state overnight with no more than eight clinics for more than 5 million women of reproductive age.

What makes this case different from the first case against the law that the court upheld in March, which challenged the admitting privileges requirement and the out-dated protocol imposed on physicians administering the medical abortion pill, is its double whammy effect. The ambulatory surgical center and admitting privileges requirements have already forced more than half the state's clinics to close, leaving no abortion provider west of San Antonio and only one operating in South Texas, forcing women to travel significant distances for their procedures. Combined, they would leave the state with fewer than 10 abortion providers all located in just four major metropolitan areas, witnesses have testified. The Supreme Court intervened in October and halted the law's implementation, but not all of the clinics could reopen. Those that did remain in legal limbo.

Amy Hagstrom Miller of Whole Woman's Health, a plaintiff in the case, was able to reopen her McAllen clinic thanks to the SCOTUS ruling and is preparing for any situation. "I do know that the Fifth Circuit isn't our friend, that's no secret, but when we had the Supreme Court rule in our favor, including (Chief Justice John Roberts), I'm wondering what that's going to mean for the Fifth Circuit," she said. "Having the full court hear the case, there may be some different dialogue than the first time."

Esha Bhandari of the Center for Reproductive Rights told the Current that the legal team will focus its January arguments on the law's impact as well as the lack of medical justification for the new standards. During the August trial, expert witnesses testified that nearly 1 million Texas women will live more than 150 miles from an abortion clinic should the law take full effect, and the state's assumption that women can drop everything and travel hundreds of miles is unrealistic. Major medical groups have stated that the provisions are medically unnecessary, but the state continues to maintain that the law is designed to protect the health and safety of women.

"There's been a lot of evidence to show how this isn't actually going to improve abortion care for women, it's just designed to make it more difficult for clinics to operate," Bhandari said. "The law is really just a pretense for shutting down clinics because there is no other justification for it."

As lawyers prepare for their January arguments, it's hard to speculate on the outcome of the hearing, and whether the case will go to the Supreme Court. Though the high court denied the plaintiffs' request that it intervene during the first lawsuit against House Bill 2, Justice Stephen Breyer wrote in his dissenting opinion that at least four justices are interested in looking at the law as a whole. " ... the underlying question, whether the Texas statute is constitutional, is a difficult one," he wrote in March. "It is a question, I believe, that at least four members of this court will wish to consider irrespective of the Fifth Circuit's ultimate decision."

Bhandari said the window of time for the Supreme Court to review the first legal challenge ends the same week that the second case is up for oral argument at the Fifth Circuit.