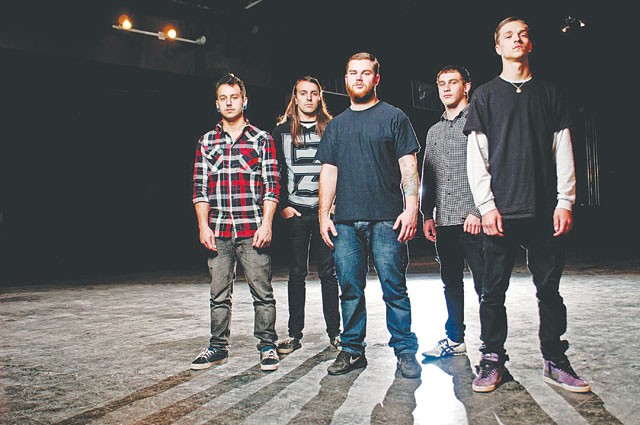 The package tour has become a successful way of filling concert venues even during this four-year-long economic dip. In rock, for example, we recently saw a tour featuring Mötley Crüe, Poison, and the New York Dolls for a ticket price that would be exorbitant for a single band but wasn’t unreasonable for all three. Yet some have taken the model and run amok with it. This weekend, the All Stars Tour raids Backstage Live with a dizzying 24 bands on the roster. The tour features some of the brightest of every metal subgenre you could conceivably suffix with -core.

“This festival is what I would call the future of rock,” says promoter Erica Vigliante of Twin Productions. “The fans in this town prove [that] the bands listed on this tour can sell out a venue with 800–1,000 capacity on their own, and have done it without help from radio or print. These bands are very overlooked by the media, but it turns out San Antonio is one of their biggest markets.”

Among the more noteworthy bands on the tour are Emmure, In This Moment, and the inimitable Louisiana-bred, Alabama-based schizo-metal band iwrestledabearonce. The band’s legendarily chaotic live presence and stylistic lunacy have rightfully earned the adoration of young metalheads everywhere. Their landmark debut, It’s All Happening, is rife with enough brutality and genre-bending weirdness to keep even the most hardened critics guessing about what’s going to happen next. That in and of itself is not what makes iwrestledabearonce a refreshing listen: This band actually has the brains and the balls to make their frequent and unpredictable gear-shifts at once unexpected, interesting, and tasteful in ways that lesser bands can only nocturnally emit in their dreams. The group has the good sense to take sudden turns that actually take the listener somewhere.

While the metal-core thing can be a bit tiresome to 30-year-old geezers like me, occasionally a group like Texas in July spices things up. On its recent release One Reality, this Pennsylvania quintet displays guitarists Chris Davis’ and Christian Royer’s acute sense of melody and texture. Meanwhile, vocalist Alex Good proves himself to be an able frontman, performing with rage and passion that matches his bandmates’ fury and produces surprisingly catchy tunes. Throw in some power-metal moments (“Dying World”) and a nod to Killswitch Engage (“No Greater Love”), and you end up with a refreshing, if angry, listen. It ain’t too shabby for a bunch of kids who are barely old enough to vote. I’ve been told that Texas in July are a Christian metal band, but I never would have guessed, considering that their name is synonymous with hell. If you missed their celebration of the Battle of Puebla at the White Rabbit, now would be a good time to make it up to yourself. It’s a safe bet that the timing of this appearance in San Antonio is more a joke than a gimmick.

Perhaps the heaviest and most skilled band on the bill is the Illinois group Born of Osiris, who have made a name for themselves by simply excelling in their field rather than by mixing styles. Combining fury with passion and technical ability, Born of Osiris churns out a frightening brand of extreme music that embodies the apexes of death, technical, progressive, and black metal, all the while earning the admiration of young fans more prone to other styles. While Born of Osiris has clearly taken cues from bands as diverse as Pantera, Dream Theater, and All That Remains, they take their music in a unique direction that could be described as a more melodic Arsis. The quality and the fire that this group exudes are worth the ticket price alone, but don’t stop there — you can enjoy literally dozens of other bands, including hardcore stalwarts Norma Jean and mosh kings The Ghost Inside.

With the music expected to last upwards of 10 hours, be ready for one of the year’s loudest parties. •

Emmure, For Today, Born of Osiris, iwrestledabearonce, After the Burial, The Ghost Inside, Chelsea Grin, Attila, For All those Sleeping, Alesana, Bless the Fall, In This Moment, Motionless in White, Sleeping With Sirens, Norma Jean, Sleeping Giant, The Chariot, War of Ages, Close Your Eyes, Texas in July, I the Breather, and more