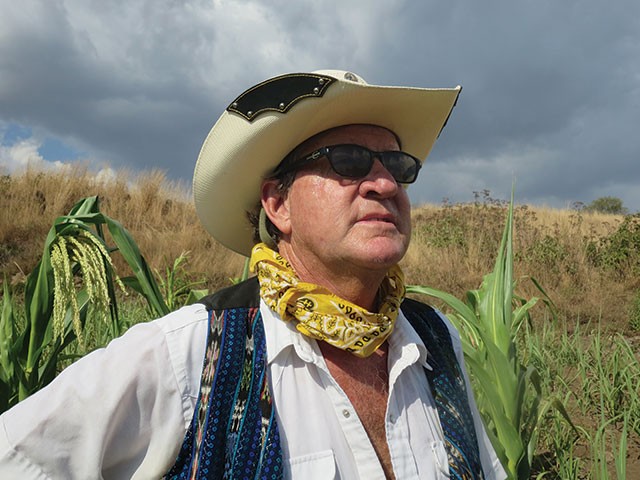 When you go searching for the sound of Texas, you’ll find out that it’s as multifaceted and bafflingly huge as the state itself. While many see Texas as a hyper-diverse musical landscape, singer-songwriter Joe King Carrasco isn’t too interested in choosing a single direction. And that’s what makes him so refreshingly unpredictable; from country to rock-n-roll, tequila-soaked reggae to a sped-up polka that became nueva wave, Carrasco has consistently refused to sit still.

Heavily influenced by the Tex-Mex sounds of San Antonio, particularly the Sir Douglas Quintet and Sunny Ozuna, Carrasco has taken their formula to incredible (and very often successful) lengths. On record, on stage and in conversation, the Dumas, Texas native lives and breathes the musical history of Texas, Mexico and Central America. Carrasco, who recently spoke to the Current over the phone from Austin, admits that his constantly evolving songwriting stems from “hearing a certain sound and wanting to know where it comes from.” He adds that the traits that have served him best over the years have been “simple curiosity and a feel for the audience.”

As we discuss his high opinion of San Antonio’s music and culture, he explains how listening to Radio Jalapeno (KEDA San Antonio, AM 1540) and playing to diverse crowds in the Alamo City helped shape his music. “In San Antonio, you had to be ready to play to the crowds and the crowds were always different. You might want to play some Chuck Berry covers and go easy on the squeeze box over here, while over at another place you’d play Mexican polkas and cumbias all night. That forced people to learn about the roots of a bunch of different music and that paved the way for the Tex-Mex sound.”

During the course of our talk, Carrasco’s natural curiosity and twitchy intelligence lead us to discuss his belief that “Doug Sahm is the greatest musician ever,” his feeling that “Austin lost its identity,” and his dog rescue support organization Viva Perros (vivaperros.org).

He tells me that the set list, like so many things in his life, for Friday’s show at Gruene “will kinda figure itself out when we get there.” We can no doubt expect to hear a good deal of Carrasco’s excellent 2013 release with El Molino, Tlaquepaque, but the rest will have to remain, like the man himself, a surprise.