The Geologic Wonders of the Guadalupe Mountains National Park 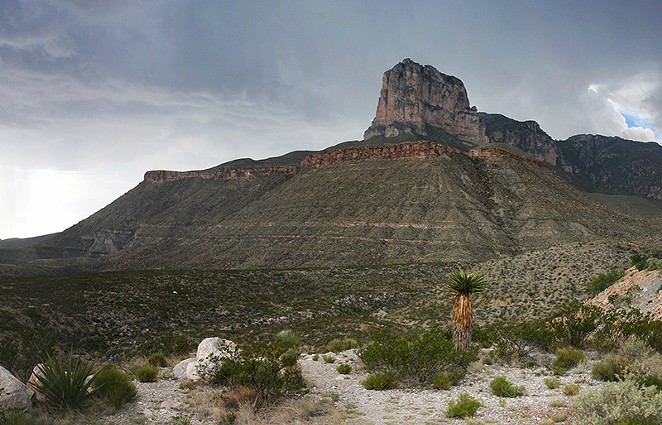 As a New England expatriate in Texas, a trip to the desert seems like a visit to another planet. At the Guadalupe Mountains National Park, that otherworldly feeling is quite real, achieved through a travel in time, if not through space. Just below the flat line where New Mexico perches over Texas, the park is home to a coral reef some 250 million years old.

Rewinding to the Permian period — around 252 to 298 million years ago — much of West Texas and Southeast New Mexico was covered in an inland sea.

"It would be about the size of Lake Erie," said Jonena Hearst, the park's official geologist. "Because we were sort of a backwater and most of the exciting geology like volcanoes and vaults occurred elsewhere, what was preserved here has not been destroyed."

[Slideshow: 20 Texas State Parks To Take In The Great Outdoors]

As the sea dried up, the reef's sponges, algae and other lime-secreting organisms remained in a petrified state, creating the highest point in Texas at 8,751 feet. Like a skeleton to a med-school student, the reef has helped researchers understand how a coral reef works when it's fleshed out and teeming with life.

"It's difficult to see the backbone in the modern reef," said UT-Austin geology professor Charles Kerans. "'Cause you're looking at the shark that's coming at the back of you, and you're not paying attention to the fine structure of the reef." 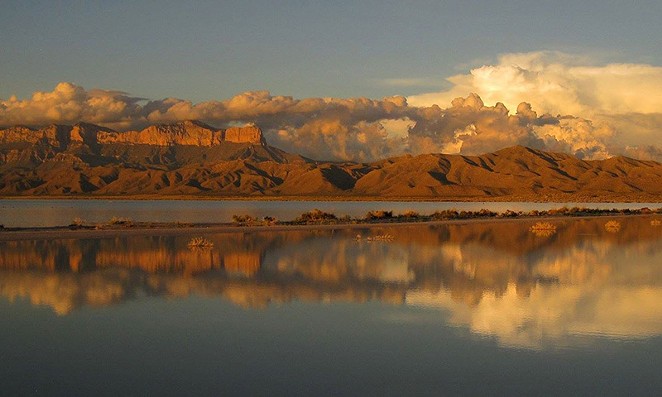 A few hundred million years is beyond the reach of human understanding, but in the ancient and undeveloped land of West Texas, it's a temporal blink of the eye. Before the Guadalupe Mountains were an underwater reef system, the area was a battleground for the supercontinents of Gondwana and Laurasia.

"About 300 million years ago, these continents ran into each other and raised a huge mountain chain that probably rivaled the Himalayas," said Hearst.

Reaching even deeper in the record, there are rocks in the area dating back 1.8 billion years.

"They form the core of what will become the North American continent in another billion years are so," Hearst said.

In 2015, the most important time related to the Guadalupe Mountains is seven hours — the time it takes to get from San Antonio to the park's entrance.

In the fall, Guadalupe's massive fossilized ridges share top billing with the beauty of the changing season.

"The most spectacular area is McKittrick Canyon," said Kerans. "Sometime in the second or third week of October, when the leaves start to change in the canyon itself, it's very impressive. You have these beautiful limestone ridges with amazing red Maple. It's a beautiful place in October."