‘The Graduates’ Highlights Latinos’ Fight for the Right to Education 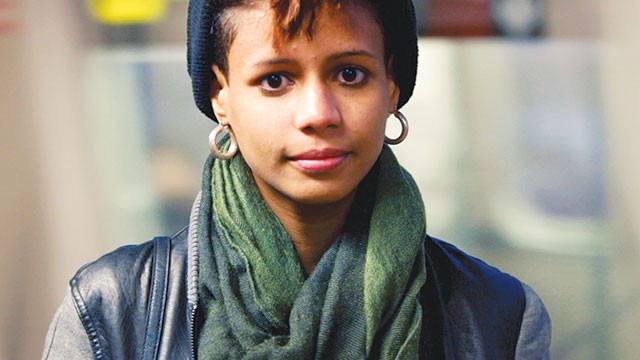 Is education a right or a privilege? If you’re poor, it’s a nightmare; but if you get the proper help, you (whether you’re a dyslexic boy or a teenage mother with two kids) can still graduate from high school and attend university.

That’s the message in The Graduates/Los Graduados, executive produced by Bernardo Ruiz, an ITVS/PBS two-part documentary screening for free Thursday as part of KLRN’s first Community Cinema edition.* (The Current is a media sponsor). The film examines the plight of Latino students in the U.S., often trapped in an endless, vicious cycle: they—especially girls—are expected to either stay home or work early to support the family; most who remain in high school won’t graduate, and often those who do are later found not properly equipped for higher education.

Figures from the National Center for Education Statistics are alarming:

Latino students are the largest and youngest minority in the U.S., but one in two don’t graduate from high school on time.

Fifty-two percent of Latinas get pregnant in their teen years and more than half of those never graduate.

In Michigan, the state found that less than 1 percent of Detroit’s Western International School Latino graduates were ready for college, and four out of 10 students in Detroit don’t graduate.

If you’re behind in 8th grade, there is a 90 percent chance you’ll drop out in the 9th grade.

The ‘Girls’ Hour’ part of the documentary, primarily directed by Pamela Aguilar and Katia Maguire and edited by Carla Gutiérrez, centers around the lives of three students*: Stephanie, a sophomore at Gage Park High School in Chicago; Chastity, a homeless girl in the Bronx; and Darlene, a teenage mother in Tulsa, Okla. They all were able to overcome different obstacles and, with the help of programs like Voices of Youth in Chicago, Head Start nationwide, and Children’s Aid Society in the Bronx, they were able to graduate. In spite of the slow-paced, syrupy telenovela tone of the doc’s first half (at one point, an on-camera interview shows 16 seconds of tears shed by one student’s mother)*, the build-up to the moment of graduation, and the graduation itself, could not have been more powerful and moving. The film is a must for any student who is considering dropping out, but also for their parents.

The best part of The Graduates comes in its companion short films, one of which was directed by San Antonio’s Jim Mendiola (CineFestival director and an occasional Current contributor). The 15-minute Skipping Up was filmed at SA’s Mark Twain Middle School and follows Brandon, William, and María, all struggling students who credit the San Antonio Independent School District’s Partners Program for helping them achieve what they thought was unthinkable: to get back on track after falling behind in 8th grade, thus drastically reducing their chances of dropping out in 9th grade.

“If it wasn’t for the program, I’d [have] dropped out already,” said Brandon, one of many kids who thought of trading education for a “sad job, flipping burgers.”

The Partners Program started as a pilot program at Mark Twain and Irving middle schools, then expanded to four middle schools. After demonstrating great success, in October 2010 it received a $14 million federal grant and was expanded to all middle schools in the district, where it continues to this day. Mendiola and producer Faith Radle will be on-hand for a discussion about Skipping Up after the screening.

The Graduates/Los Graduados and its companion shorts highlight two kinds of heroes: the students and their teachers/administrators. One of the most memorable is Anthony Riccardo, assistant principal at the bilingual Panamerican International School in the Bronx. “People freak out when they find out I have undocumented students,” said Riccardo in Immigrant High, one of the companion shorts. “My own mother doesn’t understand the concept that even the undocumented have a right to an education. They think these kids are coming here to take jobs from healthy Americans, which is so ignorant and wrong. But the most important thing about these kids … is that they’re coming here under circumstances that they [cannot] necessarily control.”

*This article has been updated from the original to reflect the contributions of Bernardo Ruiz, Pamela Aguilar, Katia Maguire, and Carla Gutiérrez.