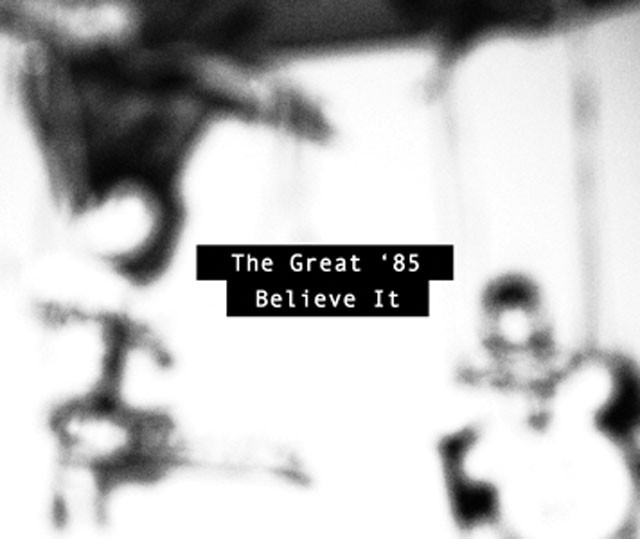 Post-punk duo the Great '85's debut album  is edgy and playful, pushing the project stylistically with a schizoid soundscape that incorporates an unexpected ambience due in part to a collaboration with experimental indie rockers Deer Vibes. The chaos is controlled, but barely. Anyone who's seen Diana Marie (Heather Go Psycho) and Nick Mery (Merykid) perform live together will be ready for the barrage of quick-tempo drumming and growling vocals, but perhaps not for the light at the end of this tunnel. Comparisons to the White Stripes aren't unwarranted, considering the shared conscious lyricism, relentless energy, and an impressively powerful two-piece sound. The album's interludes present the city of San Antonio as a time capsule, featuring news broadcasts and samples of speeches from '85 (also the year both members were born). But the uncharacteristically poppy title track is the catchiest by far. Over the last two hidden tracks, an epic ride into battle becomes jumbled noise, swelling to a sweet serenade of horns, toy piano, and psychedelic electronics. While wandering in this devastated daze, the Godspeed You! Black Emperor vibe becomes suddenly frenzied, a last-minute reminder of the music's underlying manic nature. Definitely a trip worth taking.