'The Hobbit', a less unexpected journey than you might think 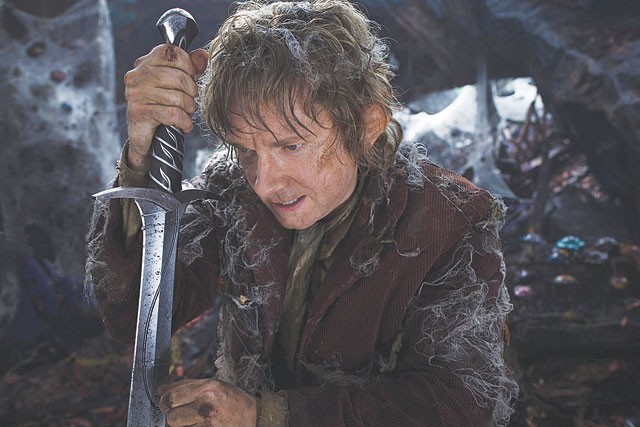 With regard to the job of translating J.R.R. Tolkien to the screen, Peter Jackson appears to be committed to excess. Which is a shame, because buried beneath the bloated two hour and 46 minute run time of The Hobbit is an entertaining two-hour movie.

Set 60 years before The Lord of the Rings, An Unexpected Journey follows Bilbo Baggins (Martin Freeman) as he's recruited by Gandalf the Grey (Ian McKellen) to join a company of 13 dwarves led by Thorin Oakenshield (Richard Armitage) on their quest to reclaim the lost Dwarf Kingdom of Erebor from the fire-breathing Dragon Smaug.

Once the story is painstakingly (and somewhat tediously) set in motion, Bilbo's adventures fall into a rigid formula: the group travels to a new and strange location, picks up a tidbit of information (sometimes relevant to their journey, sometimes not), runs into peril, flees in an action-packed chase scene, is cornered by the enemy, then miraculously rescued at the last moment (usually by Gandalf). Add, rinse, repeat.

Despite all these shortcomings, The Hobbit will undoubtedly delight fantasy fans with its first-rate 3-D, cameos (Elrond, Galadriel, Saruman, and Frodo all put in an appearance), dramatic connections to the events in the LOTR trilogy, and tangents taken from Tolkien's appendices.

But they should have been left for the blu-ray extended edition.

Though the movie doesn't always seem to know what it wants to be (it awkwardly shifts between the lighter tone of the novel and the epic melodrama of the trilogy), it knows exactly who it was made for: anyone with 10 bucks in their pocket and a hankering to return to Tolkien's land of dwarves, halflings, and wizards.

The Hobbit: An Unexpected Journey