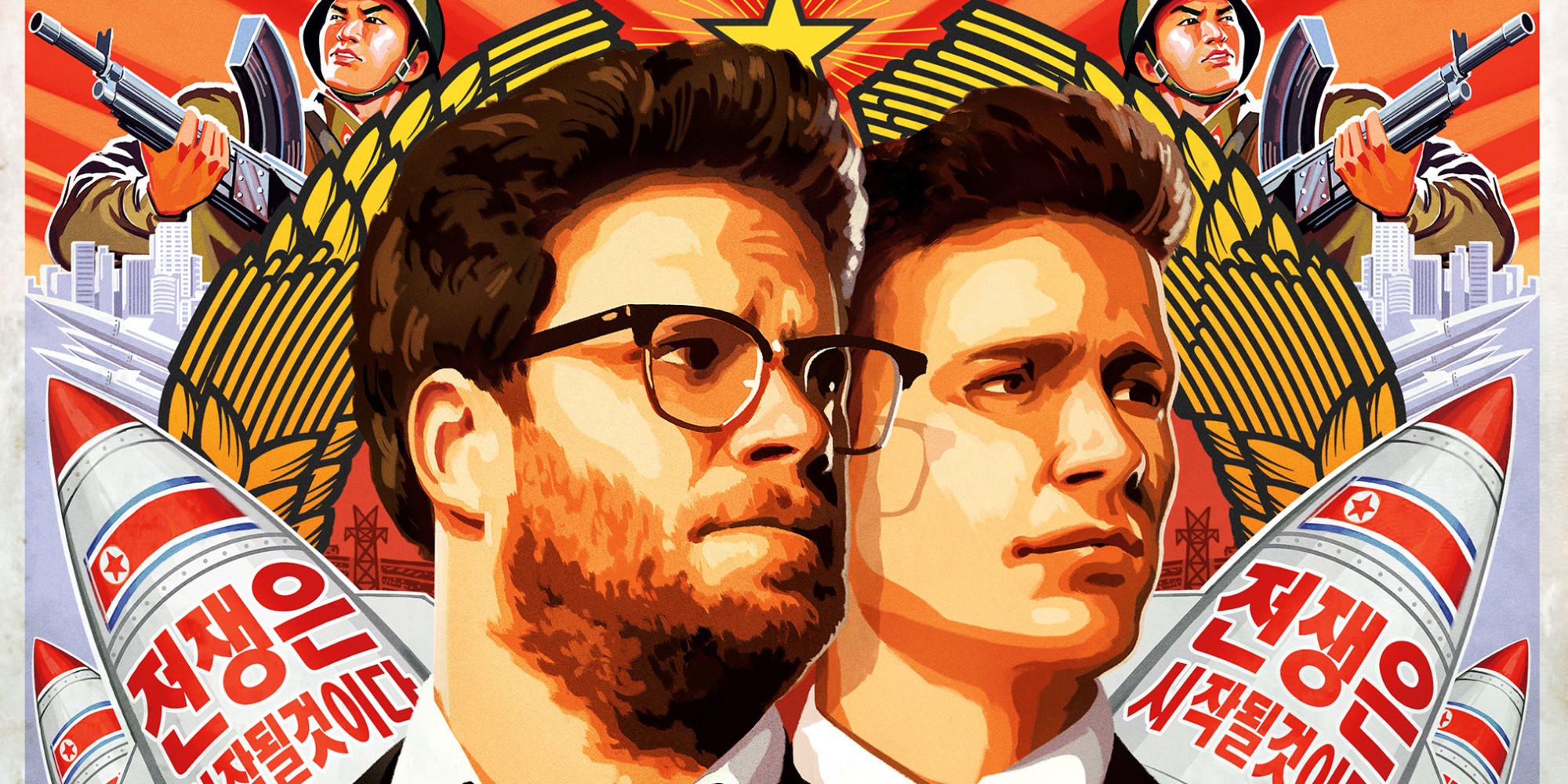 February's video releases ride the Oscar buzz for several nominees: Birdman with Michael Keaton as an actor in crisis; The Theory of Everything with Eddie Redmayne as Stephen Hawking; Whiplash with J.K. Simmons as an intense teacher; Animated Feature contenders Big Hero 6 and The Tale of the Princess Kaguya; and screenplay nominee Nightcrawler with Jake Gyllenhaal as a thief turned vidcam "journalist".

Then there's the most notorious movie of the last few months, Seth Rogen and Evan Goldberg's The Interview, which generated enough PR not to need awards. Jon Stewart's Iran-baiting Rosewater, with Gael García Bernal as a reporter tortured in Iran after appearing on Stewart's TV show, could have used some of that mojo.

The title that has us most intrigued is Predestination, with Ethan Hawke in a time-travel thriller based on Robert Heinlein's classic story All You Zombies. Summaries indicate that it keeps the basic idea, which is a head-spinner. Written and directed by Australian brothers Michael and Peter Spierig, it premiered at SXSW last year.

While we're waiting, we'll vouch for an indie way under Oscar's radar: Tim Sutton's Memphis, an intuitive montage of fragments linked by Willis Earl Beale as a musician at loose ends. While the film's rhythms create a portrait of a black community, the ending presents creativity as a hushed, humbling mystery — often beautiful, with great use of music.

Bloodthirsty thrill-seekers have two solid choices. ABCs of Death 2 has 26 horror shorts by 30 directors, including twisted animator Bill Plympton. They range from grim to gross, and the best drip with style. The first anthology had worthwhile moments, and this one's better overall.

Japanese master Sion Sono offers an absurdist clash between yakuza gangs and amateur filmmakers in Why Don't You Play in Hell? Less ambitious than Sono's other films and without his tonal shifts (see Noriko's Dinner Table or Love Exposure), this is gonzo ultraviolence for laughs.

Maison Close: Season One is a French TV serial set in an 1870s Paris brothel and directed primarily by Mabrouk El Mechri. Those looking for titillation will find the depressing angst of miserable women scheming among themselves in a corrupt world of politics and murder. Shot in expressionistic sepia tones and scored with anachronistic rock songs, it invites comparison with today's cultures. Bertrand Bonello's strikingly similar film, House of Pleasures, uses the same textures and devices as this gloomy mood piece, which predates Bonello's film by a year. Hmm.

Rivette's film is darker, as the women wander all over Paris looking for clues in a sinister conspiracy of fate and randomness that might get them killed. It's Rivette's strategy of improvising suspense out of thin air; at first nothing's happening, and then you're baffled by where it's going next. Rohmer's typically lighter, airier film tells four anecdotes of its student heroines, an oddball country lass and a practical city mouse, as they react differently to moral dilemmas.

Jean-Luc Godard described his 1980 film Every Man for Himself, or Sauve qui peut (la vie), as a second debut, a return to normal movies with stars and stories — after a fashion. His essayistic collages use scenes, arguments, juxtapositions and self-conscious devices to immerse the viewer in an experience where you're better off not seeking a story. The credits say the film is "composed" by Godard, as he translates motifs and movements into visual terms.

Jacques Dutronc seems to play a version of Godard, Nathalie Baye is his angry girlfriend and Isabelle Huppert is a prostitute reminiscent of Anna Karina in Vivre sa vie. As their paths cross in almost random ways, one motif is the lyrical use of slow motion to literally arresting effect.

That's a Criterion disc with their typical interviews and analysis, as is Jean Renoir's A Day in the Country, a wistful anecdote of a family picnic where the mother and daughter have very French brushes with romance. Shot in 1936 and released 10 years later, the outtakes are longer than the film.

Not all classics are French. The following Criterion movies, packed with extras, are all gorgeous lookers, and they've also got brains and emotions, mostly dismaying ones.