The Hot Five: The Texas Concerts You Have to Hit This Summer

One day, it was barely 85. The next day, we stepped outside, and it was 105. Where was the fucking warning for this heat? But I guess that’s just Texas. We’ll learn to deal with it with raspas, frosés and tubing up in San Marcos. Another way to get through this summer is by hitting up some of these dope concerts headed to the Alamo City. Now, granted, there’s a shit ton of shows happening in and around San Antonio, so there’s really no excuses. But we’ve selected five that you absolutely need to hit up.

Throw those horns to the sky, folks. Your favorite metal act is coming to town. In January, metal legends Slayer announced the dates for what they said would be their final world tour. Disappointingly, they skipped San Antonio altogether. However, with more than half the tour’s first dates already either completely sold out or close to it, Slayer announced a second leg in North America. In August, Slayer will stop at Freeman Coliseum, and we’re more than a little stoked about it. (Thanks, Satan.) The now 46-date North American leg also includes metal-heavyweights Lamb of God, Anthrax, Behemoth and Testament. “If you are lucky enough to be invited to play even just once with living legends like Slayer, it’s an incredible honor,” Lamb of God singer Randy Blythe said in a press release. “It is irrefutable that Slayer helped create the genre of aggressive metal, and all modern bands of that ilk owe them a huge debt – I know we do. To be asked to be a part of their final tour – well, it just makes you stop and realize just how lucky you are. Hail Slayer! We’ll see you on the road.” $49-$69, 4:30pm, Freeman Coliseum, 3201 E. Houston St., (210) 226-1177, freemancoliseum.com.

Fresh off his sold-out spring tour in early April, Grammy award-winning singer-songwriter Miguel announced he would embark on a North American tour this September in support of his critically praised fourth studio album, War & Leisure. The singer, songwriter and trap-esque R&B artist and future husband of mine (fight me) is coming to the Alamo City for a show at the Majestic Theatre, and I’m probably going to get escorted out for climbing on stage to hug him (JK, but I don’t know – I’m crazy). I’m blasting “Sky Walker” and already dreaming of that precious day. If you’ve been sleeping on this artist, it’s time to throw this dude into your regular music listening rotation. Oh, and dvsn is opening up, one of the dopest R&B acts you haven’t heard of yet. $49-99, 8pm, Majestic Theatre, 224 E Houston St, San Antonio, (210) 226-5700, majesticempire.com.

Vans Warped Tour founder Kevin Lyman tweeted last year that 2018’s tour will be the last one ever. Since 1995, the Vans Warped Tour has been traveling the country uniting scene kids, punk rockers and all those looking to let out their angst in a circle pit with an afternoon of punk, ska, metal and hip-hop. Over the years, the tour has hosted artists like Eminem back (1999) and Katy Perry (2008) before catapulting them into global stardom. But the community and camaraderie of the tour are what was so attractive – getting to kick it with your favorite bands at their merch booths and enduring the heat with folks who share a passion for the same type of music you connect with. Whether it’s hip-hop, metalcore, hardcore, ska, indie rock or whatever – it’s what sets Vans Warped Tour apart from your regular concert. $30-$45, 11am, AT&T Center, One AT&T Center Pkwy, attcenter.com. 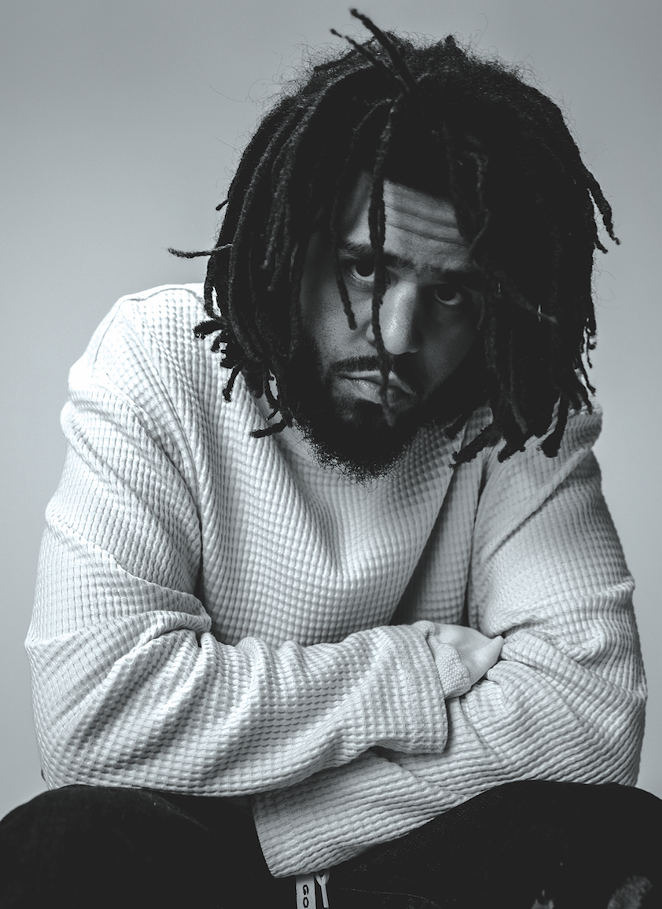 Rapper J. Cole announced he’s embarking on a 34-date tour in support of his new album KOD, with special guest Young Thug. The tour will kick off in Miami, Fla., on August 9 and make stops across North America, including a right here in the Alamo City on Friday, August 17 at the AT&T Center. While KOD has been met with mixed reviews from longtime fans of the rapper, J. Cole’s entire body of work is a tribute to the real MCs and rappers pushing hip-hop forward rather than riding on some trend in the genre, i.e. trap music. $49-$149, 7:30pm, AT&T Center, One AT&T Center Pkwy, attcenter.com.

Technically, this is the first day of fall, but who’s counting the days that closely? Arguably one the most important industrial acts of the late 1980s and 1990s, the cult-like following of Trent Reznor and friends seems only to grow as the years go by. Trent has aged into such a dark lord daddy, so maybe it’s not surprising. Also on the bill are Primus, Stone Temple Pilots, Bush, Chevelle, Joan Jett & The Blackhearts, Clutch, Hellyeah, Yelawolf, Suicidal Tendencies, The Sword, Drowning Pool, The Fever 333, Upon A Burning Body, Tyler Bryant & The Shakedown, I See Stars, Demob Happy, The Heroine, Blacktop Mojo, Lynnwood King & The Revival and Covina. $69.50-$1299.00, Noon, AT&T Center, One AT&T Center Pkwy, attcenter.com.