‘The Hundred-Year House’ Tells a Ghost Story in Reverse 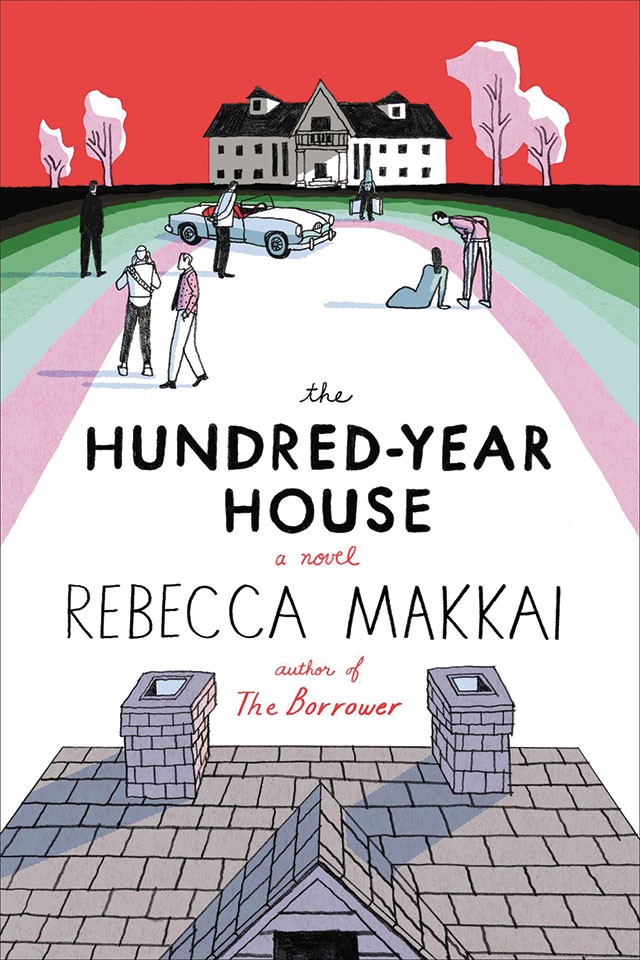 Rebecca Makkai’s new novel begins, “For a ghost story, the tale of Violet Saville Devohr was vague and underwhelming.” It’s a surprising first line for the The Hundred-Year House, unsettling even, but it does the job of immediately clarifying that although the beautiful, mysterious original owner of Laurelfield (the titular house) committed suicide in the attic, that is not the story worth telling. Instead, Makkai tells three other totally unique yet intertwined tales of Laurelfield, working her way back through time, before finally offering a glimpse of the tragic Violet Devohr.

The Hundred-Year House begins in 1999, with the return of Zee Devohr, a Marxist literary scholar, to the ancestral home of her wealthy family. Her husband Doug is supposed to be working on a monograph of the obscure poet Edward Parfitt, who stayed at Laurelfield when it was an artists’ colony, but is instead secretly ghostwriting a series of books for tween girls. He becomes obsessed with finding out what happened at the colony, and teams up with his artistic, sympathetic sister-in-law to unravel the mystery. Makkai then turns the story back to 1955, when Zee’s mother Gracie, a Grace Kelly-like Toronto socialite is exiled to Laurelfield with her philandering, alcoholic husband. Lonely and desperate, Gracie spends her time hiding in her own attic, away from the nosy servants and her husband’s cruelty and violence, looking through Laurelfield’s intriguing files. We finally see the colony in its heyday in 1929, when Zee’s grandfather, Gamby Devohr, unexpectedly arrives at Laurelfield to claim his home. The story of the artists’ desperate gamble to save the colony provides the truth behind the mysterious clues discovered by Doug and Gracie.

On the surface, Makkai’s novel is an arch, contemporary take on the “haunted house” mystery trope (a subject on which Zee herself reluctantly teaches, in a class called “The Spirit in the House: Ghosts in the British and American Traditions”). However, the ghost isn’t real, just an ominous portrait on a wall, and the secrets the house hides are all too human.

At times both hilarious and heartbreaking, Makkai creates eccentric characters the reader can’t give up on, even at their very lowest, least likeable points. Makkai’s witty and engrossing writing style belies the nearly Dickensian way she layers characters over time, revealing hidden identities and unknown connections. It is also a very frank story of the lives of working artists and writers: the trade-offs, the losses, the liberation and the need for both community and isolation.

From the opening line to the last, The Hundred-Year House is utterly absorbing. Deceptively light and fast-paced, the story will stay with the reader long after the satisfying conclusion.