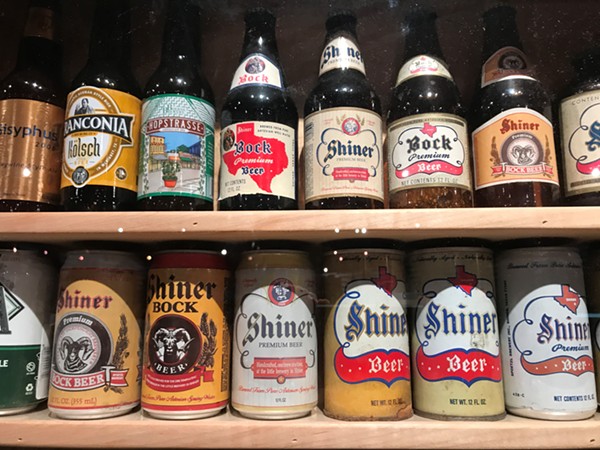 Beer isn’t new to Texans and to showcase the immigrant-driven brews and the state’s connection to the beer industry, the Institute of Texan Cultures presents “Brewing Up Texas.”

Featuring several hundred vintage items and brewing artifacts from across the Lone Star State, the exhibit is guest-curated by beer writer and author Travis Poling.

According to ITC lead curatorial researcher Sarah Gould, the exhibit will feature artifacts from the Pearl Brewery, the Shiner Warehouse, and even private collectors such as Charlie Staats from Seguin.

“Brewing Up Texas” will explore the connection between the brewing industry in Texas and German immigrants who helped open breweries as early as 1850 (and were home-brewing long before then). Beer and history buffs will get a kick out of finds from recent archeological digs in Houston and on riverbeds behind the San Antonio Museum of Art (formerly the home of Lone Star Brewery). “Brewing Up Texas” will also nod to women, who are historically the ones who took on homebrewing.

The year-long exhibit kicks off on Friday, October 20 with an opening reception and free beer samples from Alamo Beer Co. and Freetail Brewing Co.