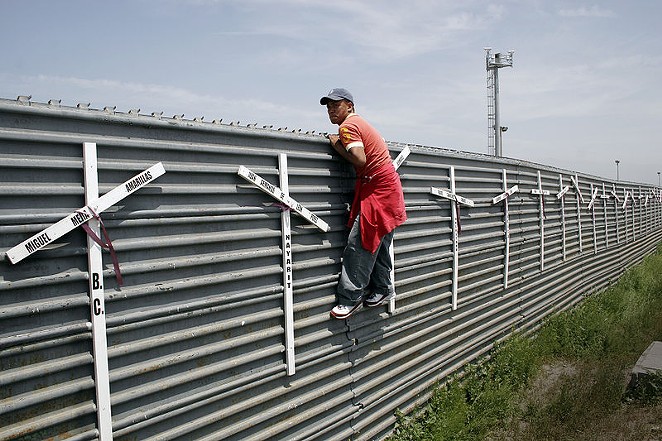 The Inter-American Commission on Human Rights has demanded the Trump Administration justify its "zero-tolerance" immigration policy on behalf of five families the government separated from their children in Texas.

Attorneys from the Texas Civil Rights Project in late May filed an emergency request with the commission asking it to order the U.S. government to strike down its policy of separating families apprehended crossing the border without documents. The commission monitors human rights in the Organization of American States' member countries, including the United States, and can refer legal action to an independent human rights court.

The commission's formal letter, dated June 22, asks U.S. officials for the location of the separated kids, about their housing conditions and about how the government plans to reunite them with their parents. It also asks the State Department to explain why it adopted the policy, which President Trump abruptly altered last week when he signed an executive order saying the U.S. would no longer break up families at the border.

"The executive order signed by the president did not alter the zero-tolerance policy," said Efren C. Olivares, racial and economic justice director for the Texas Civil Rights Project, on a Sunday conference call. "It remains in place. That is the root of the problem and that's what needs to end."

The Inter-American Commission has given the federal government until Wednesday to respond, although Olivares said he wouldn't be surprised if the government seeks an extension.

The commission letter is just the latest pressure placed on the Trump administration over its hardline immigration policy. However, the president seems largely undeterred from the stand, which resonates with this base. Yesterday, Trump posted on Twitter that due process shouldn't apply to undocumented migrants.

"We cannot allow all of these people to invade our Country," he tweeted. "When somebody comes in, we must immediately, with no Judges or Court Cases [sic], bring them back from where they came. Our system is a mockery to good immigration policy and Law and Order [sic]."