'The Last of Us' Creates a Monstrous Journey 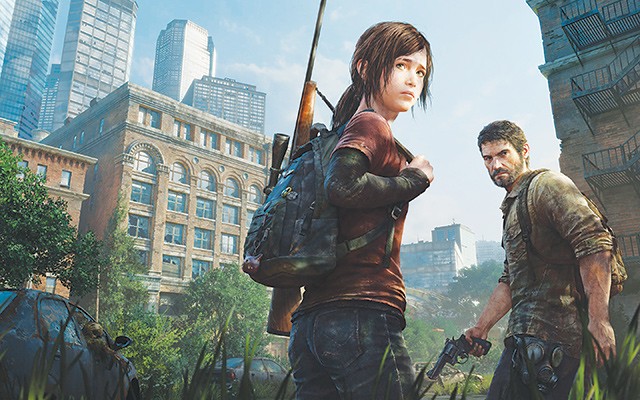 Perhaps one of the greatest evolutions to occur to the post-apocalypse genre has been taking the “afflicted” out of the spotlight and instead shining it brightly on the poor souls struggling to survive from one day to the next. The Walking Dead has proven this formula well with their TV series and the episodic game developed by TellTale Games, but Naughty Dog studios has perfected it with masterful game design married to intensely emotional storytelling. Simply put, their latest game, The Last of Us (for Playstation 3), with 1.3 million copies sold in the first week of release, is a deeply engrossing tale of survival in the midst of chaos and is easily a major contender for 2013 game of the year.

Many years after a fungus called Cordyceps has devastated the human population, Joel — a grizzled and by-the-numbers survivor now living in Austin — is tasked with protecting and transporting Ellie, a 14 year-old teenager, to a band of survivors living beyond the city for unknown reasons. Braving areas ravaged by the infected and patrolled by even deadlier humans, Joel and Ellie must learn to work together in order to survive, even if it means committing the darkest of acts against their fellow survivors.

Joel and Ellie are just two people against the world, highlighting survival as the number one priority of any encounter. In the darkest corners of dilapidated buildings, you will learn the key difference between fighting and hiding; shooting and running; allowing to live and forcing to die. While the infected prove to be menacing in their own right, the lawless marauders and survivors are an even greater threat that require more creative means of taking out than just bullets and baseball bats to the face.

Supplies are already dwindling, and bullets can often be even harder to come across. Scrounging for parts becomes second nature as they are the only way to craft the most basic of essentials. Med kits and Molotov cocktails require the same ingredients, meaning you’ll often have to make some tough choices as to whether you choose to play offensively or defensively. It goes without saying, but in a game where so little can mean so much, you have to make everything count.

From beginning to end, The Last of Us is absolutely gorgeous. Naughty Dog has yet again proven their mastery of the PS3 hardware by creating a world that has, as it is said in the game, “moved on.” Without mankind to beat her
back, Mother Nature has infused herself with urban structures and city landscapes that prove for a beautiful yet morbid world that Joel and Ellie are forced to endure.
While the story is in itself insightful and engrossing, the writing, music (by Oscar-winning composer Gustavo Santaolalla), and performances steal the show. Over the game’s 12-hour journey, many of the characters you meet along the way are given time and precision in order to underline the human element that The Last of Us hopes to achieve. Through conversations and cut scenes, we see their fears — and some of our own — come about in very intense and graphic ways.

The enemy AI is designed to respond based off of Joel’s movements and actions, so this will lead to some awkward moments where Ellie can literally walk right past an infected person or a survivor and they won’t even react. It isn’t a huge oversight, but when it happens it’s enough to take you out of the game for a moment and cast a skeptical eye.

The Last of Us is not your run-of-the-mill survival story. It is not about common elements like finding a cure or fighting off hordes of infected people; in a way, this is a story about how people learn to survive long after they have emotionally given up. Accepting a life of running, hiding, and starving, The Last of Us reminds us that in a world long gone, our greatest enemy can often be ourselves.

The Last of Us