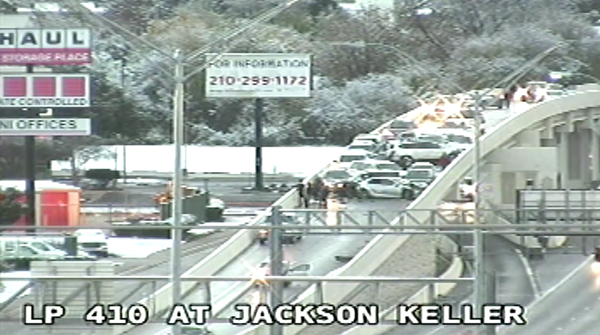 Thursday evening's snow wasn't fun and games for all San Antonians. A major pileup on Friday morning reminded us that Texas isn't really prepared for snow.

Icy conditions on the highway caused a Texas-sized pileup on the Loop 410 exit ramp to Jackson Keller around 7 a.m., according to FOX29 San Antonio. About 20 cars were involved in the crash, with some ending up completely turned around. Cars were mangled, trapping some drivers. The black ice on the road made crashing practically unavoidable. Many of the cars were totaled.

A 20 car pile up at the Jackson Keller bridge off loop 410 due to black ice. Everyone OK, one woman taken to University in stable condition pic.twitter.com/OCd7B8OSxS

This was bound to happen. San Antonio wasn't made for this.