The Lost Project Celebrates Genre-dodging 'Far From Where You Are' 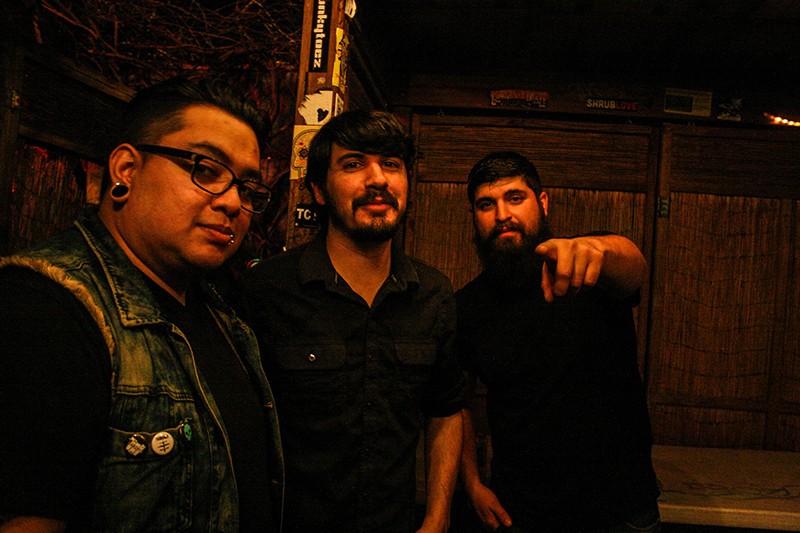 San Antonio's The Lost Project has been one of the hardest-working bands in town for the past five years.

Gigging frequently and churning out a smattering of EPs and one-off releases, including 2012's promising Writing's On the Wall EP, the band has honed in on its own eclectic sound and is ready to present its début full-length, Far From Where You Are.

The album, which the band will officially reveal on Friday at the inaugural Two Ten Empire concert downtown, is an impressive sonic melting pot, drawing on pop, punk, ska, reggae, progressive rock and alternative rock.

While The Lost Project's live sets have always included heavy doses of ska, mixed up in an edgy pop-punk vibe, Far From Where You Are finds the trio accomplishing an impressive blending act, where many seemingly disparate elements coalesce to form a remarkably cohesive and polished whole.

Still, the whole project retains a feral and untethered feeling. There's a deep-seated sense of freedom that comes off as the flipside of the anxiety of being lost, and this new album captures that duality quite well.

Guitarist, vocalist and songwriter Jason Valdez — along with drummer (and brother) Nick Valdez, they form the unchanged creative core of the group — told the San Antonio Current that the band began after he left his old ska band, Kevin Goes to College and found himself with a batch of songs (a lost project) that were every bit as alt-rock as they were ska-influenced.

Valdez acknowledged that the new LP represents a refinement of sound and "has a more alternative feel to it."

But, he explained, "Ska will always be a part of what [he does] because it's so basic and so rooted to a primal and simple kind of dance."

Over the years, The Lost Project has sharpened its skills at a variety of styles, which has ended up making the band's sound as multi-faceted in the studio as it is on the stage.

To Valdez, it's simple math.

"We make a point of learning different types of playing, so we can be more versatile and play more shows."

There is, however, one common thread in all of The Lost Project's music and lyrics: a sense of sorrow. As Valdez puts it, "People connect more with themes of loss and hurt than they do with positivity."

He concluded: "Maybe it has something to do with the ultimate reason we listen to music."