The (Maybe) Final Maverick Music Fest Goes Up in Flames

For a full list of bands playing the Maverick Music Festival and set times visit maverickmusicfestival.com

This statement from Blayne Tucker, one-half of the driving force and promoter extraordinaire behind Maverick Music Fest (the other being Faith Radle), seems banal enough. What he went on to say, however, took me by surprise. “Frankly, I see [Maverick] going one of two directions. … Because we’ve sort of tapped-out the footprint we’re at as a festival, the trajectory that it’s on seems to be bustling to a point where we need to … expand … Alternatively, I think it should cease altogether. One or the other.”

I don’t know why I assumed Maverick Music Festival, now in its fourth year, would operate in perpetuity at La Villita, growing in size, stature and talent offered with every trip around the sun, eventually hosting Beyoncé and Jay-Z as they co-headline the main stage; Givenchy sombreros pulled low over their eyes, classic Spurs-colored confetti pouring down on the reigning King and Queen of Pop. With this year’s festival playing host to the Flaming Lips and Public Enemy, that doesn’t seem like a totally ridiculous idea … does it?

But that just doesn’t seem to be the case. Unless, of course, Tucker and co. can find a more suitable venue(s) for the annual two-day party promoting our city and its gradual ascension into “Realest Music Capital of the World.”

Well, if this year does end up being the last, at least it will go out with a dang ol’ bang of radical, psychedelic proportions. Here’s a brief synopsis of some of the folks you should get out and see for what may possibly be the final Maverick Music Festival EVER! 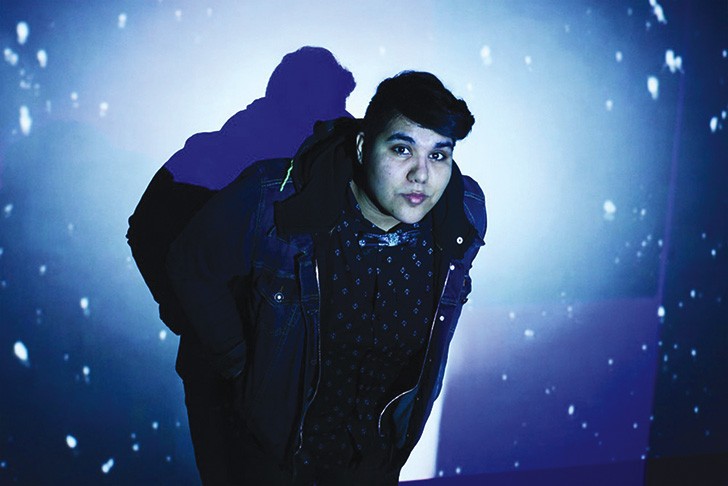 Let's begin with Friday evening's lineup. Austin's "psych-folk surf-dream" band, The Deer, who somehow make a violin funky, will take the free-all-weekend Arneson River Theatre stage at 5 p.m. They will be followed by Alyson Alonzo (5:40 p.m.), who, if you aren't aware, lives up to the hype. This honey-throated warbler, juxtaposing her grit and growl with smooth drops, dips and flows, should be headlining this motherfucker. How Taylor Swift is where she is and Alonzo is still here among us is as baffling as it is infuriating.

The Lost Project (6:10 p.m.) will get the crowd revved up as the first act on the main stage. This is the set to take your just-learning-to-skate-what's-punk? little sister or your I-was-at-Strutter's-when-the-Slackers-tore-the-mother-down tio. They will be followed by Austin's Bright Light Social Hour (7:20 p.m.), whose misleadingly emo-sounding name represents a group that packs a psychedelic peyote punch.

Skip back to the amphitheater facing the river stage and witness The Last Bandoleros (6:40 p.m.), who with their meshing of "one-part Tex-Mex, one-part Brit-pop and two-parts country rock," have opened for notables Feist and The Mavericks and will precede his highness of new-wave Tex-Mex, Joe King Carrasco (7:40 p.m.) — another reason to bring your tios — followed by Yoshimoto (9 p.m.) and Snowbyrd (10 p.m.).

The Drums, a feel-good surf-pop band whose most-lauded contribution to the medium is a whistle hook that gets stuck in your head like a lure in a Marlin's face (to keep with the corny beach metaphor), will play the main stage at 8:20 p.m.

Honestly, I have only seen DJ Jester the Filipino Fist (Plaza Juarez, 8 p.m.) play weddings, but if that is any representation of a typical set, his capacity to get all the modest moms and indifferent wallflowers onto the dance floor should do just fine with the Maverick crowd.

Calico Club, the death disco duo of DJ Galacticat, a local head who can school you on the avant-garde noise scene or the latest, hippest underground club anthems, and vocalist PleasureFaces, will close out the night on the Plaza Juarez DJ stage at 9:30 p.m., the other free-all-weekend stage.

For more than a decade, Yoshimoto has been infusing the San Antonio music scene with an innovative and sparkling sound. Their debut album, Lemmings to the Sea, sounds like it could compete with My Bloody Valentine's Loveless to be the soundtrack for a long-lost Richard Linklater film about the flannel-clad parking lot royalty of Austin, before it got so "weird." While their album stands strong on its own, Yoshimoto is known for their energetic and uproarious local shows, a powerful four-piece performance-to-be-reckoned-with among the city's landscape of live music.

Snowbyrd, the local Lutz brothers' main mode of rockage, travel at the tempo of tumblin' tumbleweeds (emphasis on the weed). Backed by the dynamic rhythm section of Kris Zebrowski (bass) and Ken Robinson (drums), the Byrd boys will close out the first evening on the River Walk stage, providing a local night cap, particularly for the more rural-minded of the rock 'n' roll crowd — city slicker shit kickers.

Competing with the country pop-punk group on the main stage will be Long Island's politically provocative (if you're any farther right than Hillary Clinton, in which case you must not be paying attention) hip-hop troupe Public Enemy (9:50 p.m.) — the group who revolutionized a generation of suburban youths who may have been satisfied merely fighting for their right to party.

Saturday's festivities start at noon on the Arneson River Theatre stage with DJ Tear Drop of Chulita Vinyl Club, the all-girl, all-vinyl DJ collective that spins pretty much whatever the fuck they want (and will play the Plaza Juarez stage at 6:30 p.m.), from Chicano soul to riot grrrl tunes.

Beginning the day on the Plaza Juarez DJ stage will be KRTU station manager and reputable DJ in his own right, JJ Lopez (3:30 p.m.). If you drive east on Houston Street in the evening of any first or third Friday, you can hear the musical stylings of funk and soul musicians echoing through the city. That's not your mind playing tricks on you, that's DJ JJ Lopez spinning the sweet rhythmic sounds from another time for a dancing Soul Spot crowd at Tucker's Kozy Korner.

The legendary DJ's sessions are more than just an excuse to get out of the house after a long week, they are a sort of community service. Lopez is on a mission to bring together the young and the old in search of funk, groove and a dance floor that welcomes anyone who can appreciate the classics.

With its 15 pieces of symphonic mastery, Mother Falcon's music paints a whimsical landscape, complete with mountaintops that peak as high as their most theatrical piano chords and descensions into valleys as low as their velvety cellos will take them. This Austin-based ensemble has an unforgettable onstage presence that will have you reeling for more long after you search for them on your favorite streaming app. From mandolins to banjos and trumpets to accordions, Mother Falcon combines the old and the new, bridging two worlds with their foundation of strings and brass.

Competing with Oklahoman white-space-noise pop pastors and Maverick headliners the Flaming Lips (main stage, 9:50 p.m.), will be the poetically titled duo Cannibal Bitch (10 p.m.), who will be performing classic mean-kid metal hits such as "I Hope Your Daddy Fucked You," "Eat a Dick," "Blitzqueer" and "Zombie Pedophile." I, personally, am looking forward to the exasperated reactions of the stroller pushers, families visiting the newly enlisted and river barge riders as they take in the blood-splattered, festering-wound-fucking cacophony of awesomeness that is Cannibal Bitch. However, with a Wayne Coyne-sized bubble for crowd surfing, an entourage of furries and acid hits for days, the Lips are sure to please the piquing public like only they can.