The McNay Goes Full Frontal with Works on Paper 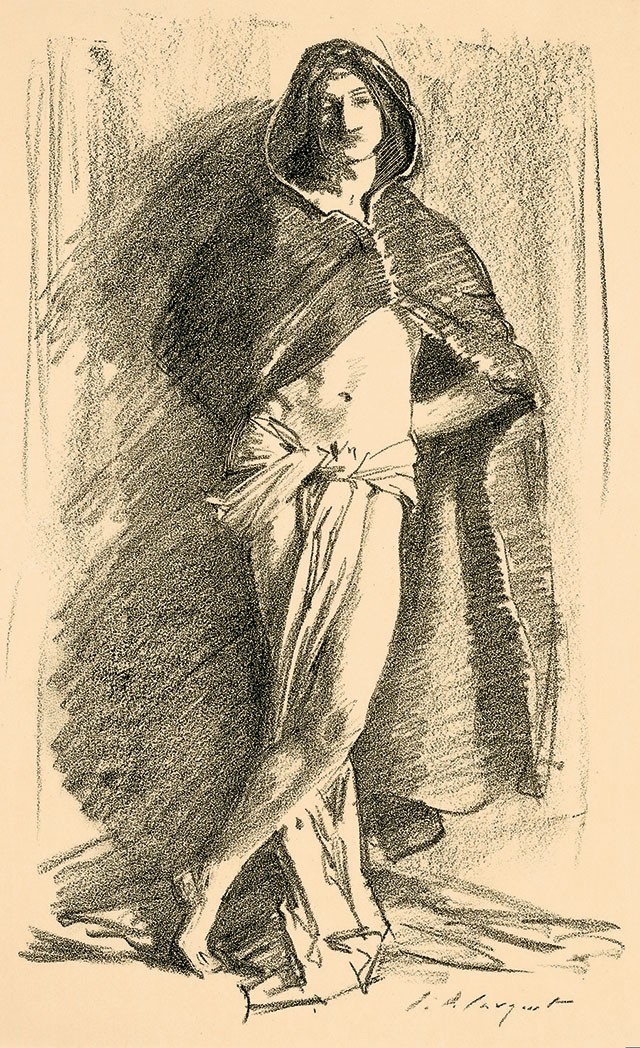 The pieces range from lithographs to tempera paintings and graphite studies on paper patinated with drips and erasure. Much of my early education—Cezanne, Picasso, Hockney and Schiele—is in this room; years spent learning how to draw and how to see; years spent falling in love with lines, anatomy and the curvature of a thigh.

Male sexuality is woven through the exhibition, and I walk around the room drawing a line with my steps, circling it again and again, trying to understand the theme beyond the anatomical obviousness.

Innocuous studies such as Morgan Russell’s Nude Study (Back) circa 1909 placed next to overtly homoerotic images like Cadmus’ The Nap from 1952 reconfigure each other, and the work begins to index male eroticism and sexual orientation. Some lines are tender, some vigorous, some soft and some remain tethered to an asexual detachment like Cezanne’s The Bathers from 1898.

Schiele’s Male Nude (Self Portrait) from 1912 does not seem as sexually aggressive as I once thought of his work. The self-portrait subject is almost bashful with his chin tucked and hiding behind a shoulder; like a turtle, he could retreat at any moment. His pelvis is a foil to his face, writhing against a potential withdraw. The contour changes thickness around his body like a glove. In its oscillation it closes in and then releases him.

In Hockney’s etching In an Old Book from 1966, the figure is like a 1960s version of Schiele’s portrait. The compositions are nearly identical. The figure appears simultaneously standing and reclined, a perspective that draws the eye all the more to the subject’s nether region. Unlike Schiele’s male, this person appears hollow: His eyes have the perfect sheen of magazine glamour, but his pelvis opposes his ersatz gaze with intense corporeality.

The hot glow from the tempera lines that construct the nude in Paul Cadmus’ The Nap leaves little ambiguity. It is as if the projected desire of a second man just outside the room materializes into vermillion crosshatches.

With such pieces, I feel like a voyeur to a sexuality that I am not privy; in others however, the indexing of male desire is more androgynous and multifarious. The audience seems positioned in the middle of this evolving orientation, and we become both the seduced and seducer.