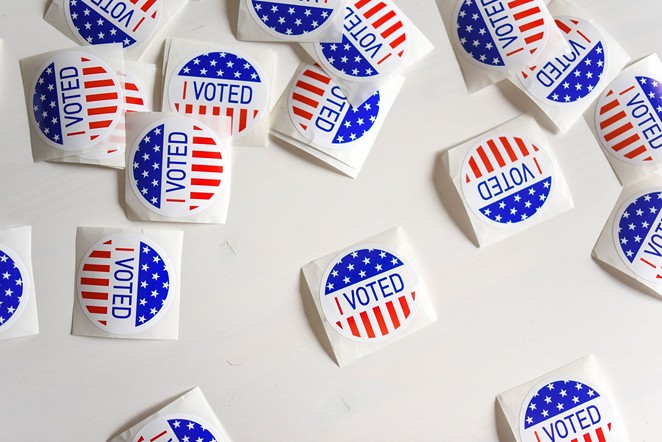 Today marks the launch of the Mendoza Line, a column of political satire that will run online every Monday.

AUSTIN — Nearly a week after the November 3 election, Texas' top Democratic Party officials said they were stunned to learn that Republicans in the state also were allowed to vote this cycle.

After discovering that GOP supporters also cast ballots in the contest, Texas Democratic Party Chairman Gilberto Hinojosa said he's now beginning to comprehend why the state didn’t flip blue. The blue wave his party hyped up pre-election crashed and burned like a wrong-way driver on San Antonio's Loop 410 at 2:30 a.m. on a Saturday.

"Everyone was so excited," Hinojosa said. "People were putting little blue wave emojis on their Twitter feeds. John Cusack was tweeting about us. Beto [O’Rourke] and Julián [Castro] were campaigning for us."

"I mean ... Beto," Hinojosa added with a sigh, referring to the 2018 U.S. Senate contender who came closer than any other Democratic candidate to winning a statewide race since 1994.

Lone Star State Democrats were unable to capitalize on President Donald Trump’s unpopularity, a quarter of a million dead people, the horrible economy, record jobless claims and the mustache-twirling villainy of the GOP. Instead, Texas remains as red as any other state with a long history of voter suppression.

"Those dirty libs thought they were going to coast with our glorious Christian, pro-life, pro-family Fürher in the White House," Republican Party of Texas Chairman Allen West said. "But they underestimated how well we gerrymandered districts to favor the GOP. And with redistricting happening this year, they’re more likely to see us give Texas back to Mexico than to see us let a Democrat win statewide office."

"I don’t know why he spent money on those other states," Hinojosa said. "It’s not like they had anyone like Beto."

We understand that in the current political environment it can be really tough to tell the difference between real news stories and satire, which is precisely why we're letting you know that the Mendoza Line is a work of satire.