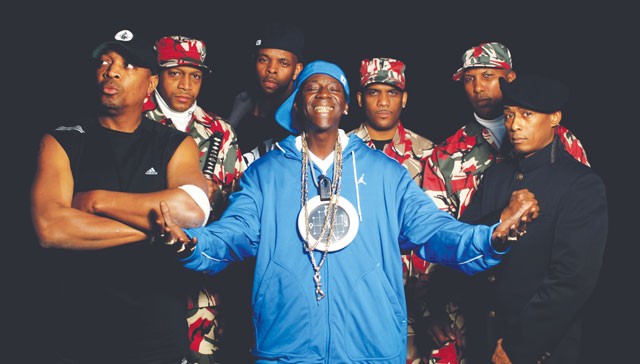 Things have cooled somewhat for Public Enemy, the self-proclaimed “Prophets of Rage.” They made five albums post-2000, all of which failed to match the impact of their first turn-of-the-’90s dynasty.

No matter. PE, now on their 77th tour, couldn’t be irrelevant if they tried. Not only has 2011 provided a year of civil unrest both nationally and overseas (perfect PE material), but American politics and democracy have gone full-Sheen in recent years. We may no longer fear a black planet, but we surely do an abundance of melanin in a president (see: Tea Party). The millennials are the most tech-savvy, well-educated generation the world has seen and yet scholars like Paul Krugman frequently describe us as “lost” due to a Wall Street-raped economy and dystopian job market. Worse still, President Obama and a Democratic Congress revealed to us their true allegiances when they fumbled a filibuster-proof majority in 2009 and 2010. And when one considers the 24-hour cable news cycle, the chorus “Welcome to the Terrordome” has never felt more appropriate. It’s enough to make a millennial consider throwing their college degree and smart phone out the window, with themselves soon to follow. The hyper-logical Chuck D still provokes while the clown prince Flava Flav still entertains. And the sonic assault of production team the Bomb Squad is still a rancorous reminder that we live in interesting times, where corporations are people and people are property (or less than).

But listening to “Fight The Power” 21 years on tells me that, even now, opportunity remains in our midst, if for no other reason: there are a lot more of us than there are of them. Get informed. Get involved. Get a job. It’s what Chuck and Flav would want.