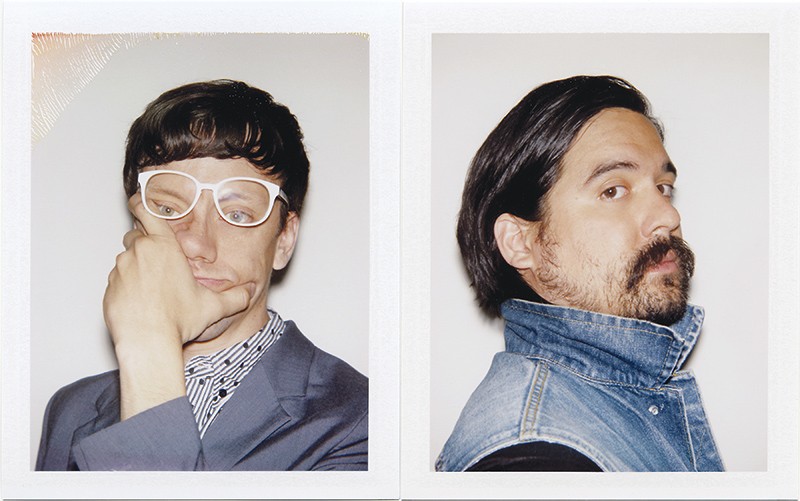 Two years ago, Man Man frontman Ryan Kattner got a rather peculiar interview request for an independent musician — from Anderson Cooper of CNN. Over the phone, the Silver Fox asked Kattner about "End Boss," from Man Man's 2013 album On Oni Pond. Inspired by Wolf Blitzer, the tune imagines the CNN anchor sneaking into a suburban home and gobbling a baby with a side of churros and lemon vodka.

"I thought it'd be more interesting to re-imagine the wolf being Wolf Blitzer sneaking into the house and devouring children," Kattner told CNN. In the picture onscreen, Kattner dons a tunic covered in mulberry and gray busts of the German-American newsman.

"It was great, 'cause Wolf Blitzer had his moment too," Kattner told the San Antonio Current. "Two of the biggest new anchors in the world are taking digs at each other and I'm the medium. It's amazing. They're using me to take the piss out of each other. Wonderful!"

Clearly, Kattner knows how to get weird in his work. Taking the stage name Honus Honus, the Man Man leader writes with great ambition, carrying the torch of fellow iconoclast Isaac Brock as Modest Mouse settles in the suburbs of its career.

But, from the outside looking in, Kattner has a stunning view of pop structures. "Head On (Hold On To Your Heart)" is a crisp pop tune, dialing back the lyrical funk without losing his manic energy.

"The main challenge in that song was not to sabotage it with too much dark lyrical content," said Kattner. "I kept telling myself, 'Ryan, rather, Honus, don't go there. Don't go there. Fight it, buddy.' If there were a prettier voice singing that song it probably would have been a lot bigger. Rihanna, if you're reading this — which you never will — let me write you a pop song."