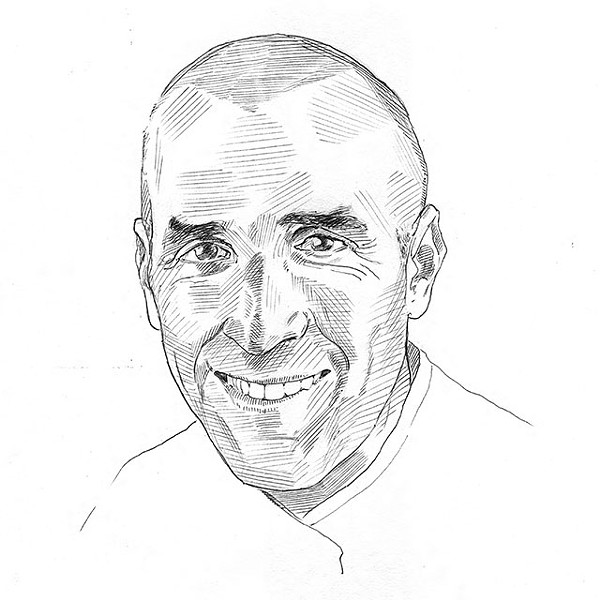 So what’s on the horizon?
I am currently working on the wine bar upstairs at Il Sogno, I am also about to implement a full liquor license at Minnie’s Tavern—we should have it sometime around Thanksgiving. I am also in discussions with a major corporation to do some pretty cool stuff with them but it is under wraps until I sign a contract which could take place as early as next week.

The table of five that comes in 23 minutes before closing—what are you muttering under your breath?
In my old age I have come to the realization that it is not about me; this is about the client and their satisfaction. We now have a policy in place that we try to open 10 minutes prior to stated hours and close 15 minutes later. I think small gestures like this go a long way.

What drives you crazy in the kitchen?
Cell phone use, i.e. checking your phone while cooking, drives me nuts as does someone who tends not to show up in pressed and cleaned jackets and pants. I send cooks home regularly for not treating this as a profession, but rather a job. I also detest wastefulness and am constantly reminding cooks how important it is to attempt total utilization of product.

I think the lunch at Sandbar is something no one hypes a lot, but is amazing. What else are you cooking that you think is underrated? What do you think is awesome that no one is taking advantage of in your restaurants?
I tend to agree with you about the Sandbar being underrated–the quality of product, the six, seven breads made daily, the fish that we receive and prepare is unmatched anywhere else in town. I also think the pizza at Il Sogno is one of the best in town and also the best value (at 6 p.m. our Margherita is $6). Breakfast at Il Sogno still remains a secret as well as the $3 taps at Minnie’s during the week. A lot of this is due to the fact that we don’t advertise or have a PR firm. We tend to just hope people will show up—and so far they have.