Let’s start with the name. Tempranillo has more aliases than a fugitive in a witness-protection program: Cencibel, ojo de liebre, tinto del pais, tinta de Toro, tinto fino … and that’s just within Spain, its historic homeland. This mysterious grape may produce light-bodied, lively wines in Rioja but intense, burly ones in Toro, and rampant consumer confusion is the likely result. Think zinfandel before producers arrived at its almost monolithic, current expression.

But variety is, well, you know. Omniboire decided to put that variety to the test at Oloroso, where chef and co-owner Josh Cross has several Spanish wines on the list. Cross provisioned us for the long campaign with a selection of cured meats and embarrassingly opulent cheeses, a foie gras in torchon, some marinated ramps and morels … it does pay to ask chefs to taste. We were joined by Felicia Gonzales, a wine consultant with Serendipity Wine Imports who had recently conducted her own survey in Spain, and Adam Gingrich, a store manager, wine consultant and startup specialist for Twin Liquors. As usual the wines were tasted blind and in an order determined by a non-participating server.

Though we didn’t taste any Texas tempranillos, many observers think the grape will find a congenial home here. It may or may not be accidental that the two wines tasted from the Rioja appellation, historically thought to yield the “ultimate expression of tempranillo,” didn’t make the cut, suggesting that even as wine-making styles may change, our palates are changing even faster — away from tough, demanding wines that need time to open up and food to bring out their best qualities, to bigger, bolder, fruit-driven styles designed to be drunk almost immediately. The 2004 Juan Rojo from Toro that we opened after the tasting appeared designed to hit both marks. Made from a clone of tempranillo that yields “darker, blacker” fruit, the wine “hadn’t yet settled into what it wants to be,” thought Gingrich. But hey, it was barely five years old. We all know a lot of well-aged people who haven’t figured that out yet.

“Smoky, chewy, big … it screams for duck confit with sausage on top,” claimed Cross. Not to be outdone, Gonzales conjured up chocolate-covered bacon with maple syrup. And cola — plus saddle leather and vanilla. Gingrich detected a little too much grape tannin for his liking, but did taste bacon grease, cured meat, and salt, a characterization Omniboire seconded in spades.

Dark fruits with leather, some smoke, and cassis on a balanced frame

“Joven” wines see little or no oak, and though the La Planta was definitely not as burly as the top scorer, it was hardly a lightweight. Smoke and leather were detected by several panelists, while Gingrich ferreted out “some Burgundian qualities,” flavors shading from cassis to red fruits and more of the cured-meat qualities that characterized this tasting. “New World styling,” pronounced Gonzales — in a good way, of course.

Omniboire found this wine tough and tannic, but revised its scores upward upon retasting after 30 minutes or so. Gonzales pegged it as New World and found the nose more rewarding than the palate — but also thought the wine needed more time to open up. Gingrich suggested food might help and found hints of Rhône reds. Cross, on the other hand, wasn’t having any of it. “Weak flavor, seems empty,” he said, though we agreed on the “big cherry” nose.

“Heavy, tannic, muscular … almost like a cabernet,” thought Gonzales, but, “It won’t hold; enjoy it for the moment.”

Light-bodied and clean but with layers of complexity, some candied cherry & leather

On top of all the geographic variations, it was probably not fair to include a varietal ringer, but one did sneak in. “Light bodied yet deep in character,” thought Omniboire. “Strong, dry fruit, clean, precise finish,” said Cross. Gingrich, meanwhile, detected “spice box and leather” on the nose and more spice on the finish.

The value-leader 2006 Codice Vino de la Tierra de Castilla, stood on its own with comments ranging from “light, but a great quaffer,” to “bright fruit and cherry jam … good everyday drinker.” It was also great with the cured-meat and cheese appetizers.

“Great for smoked meats,” said Cross. “Too young,” yet endowed with “tobacco — lots of it.” Omniboire agreed that the wine needed serious decanting but nevertheless found the finish long and in perfect synch with the chewy, black fruit. “Medicinal. Astringent. Tannic,” thought Gonzales. “It doesn’t entice me to take a sip.”

Gonzales “loved the balance of vanilla, cola, cherry, and leather.” Gingrich, on the other hand, found the wine “not fully integrated,” while Cross was even more direct. A “heartburn wine,” he pronounced, adding that it “probably needs time” and would be “better with fatty foods.” It was. 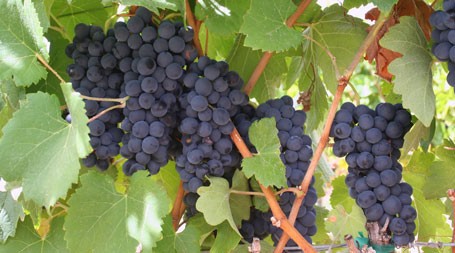 Exceptional, snap it up

Extremely good, seek it out

Most wines can be found at Central Market, Saglimbeni Fine Wines and other specialty wine shops