‘The Past:’ The greatest Iranian film ever made in French 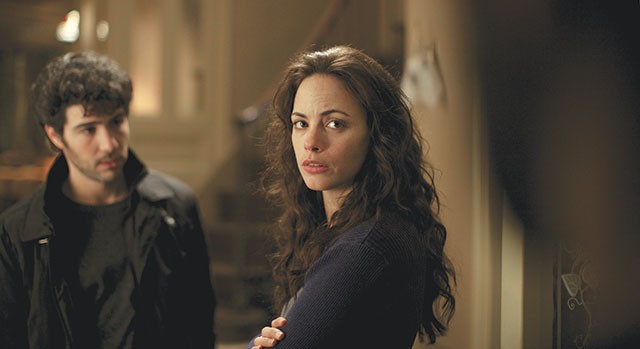 It is hard enough to write well in your native language (“All you do,” wrote Red Smith, “is sit down at a typewriter and open a vein”), but one of the wonders of modern literature is how Józef Teodor Konrad Korzeniowski, fluent in his native Polish as well as French, became Joseph Conrad, a virtuoso of fiction in English, his third language. Since cinema is a collaborative art, directors can rely on actors, screenwriters and hairdressers to help them switch languages. It is true that Italian maestro Michelangelo Antonioni stumbled by filming Zabriskie Point in English, but many directors—including Luis Buñuel, Alfonso Cuarón, Milos Forman, Werner Herzog, Fritz Lang, Ang Lee, Ernst Lubitsch, Louis Malle, Roman Polanski, Joseph von Sternberg and Billy Wilder—have produced major work in an adopted tongue.

Aside from Persepolis, Marjane Satrapi’s animated memoir of growing up in Tehran during the overthrow of the Shah, The Past (Le Passé) might be the greatest Iranian film ever made in French. Set and shot entirely in the environs of Paris, it employs the local language for every conversation, except for a few brief lines that immigrants utter in either Farsi or Arabic. It is all the more remarkable that director Asghar Farhadi does not know French and had to rely on an interpreter on his set to communicate with cast and crew.

The opening image of The Past is a perfect metaphor for obstructed communication. At a Paris airport, Marie (Oscar-nominated Bérénice Bejo, best known as the perky ingénue Peppy in the The Artist), stands behind a glass partition gesturing to Ahmad (Ali Mosaffa), who has just arrived from Tehran. The glass muffles what they attempt to say to each other. At Marie’s request, Ahmad, her husband, is returning after four years in Tehran in order to grant her a divorce. Though more than 3,000 miles separate Tehran and Paris, we soon realize that we are back in the emotional territory of Farhadi’s last film, A Separation, the Oscar-winning exploration of a couple’s divergence when the wife wants to emigrate and the husband does not.

Ahmad is, in fact, Marie’s second husband. Her first, now remarried and living in Brussels, left her with two daughters whom Ahmad, with no children of his own, is eager to see again. The elder, 16-year-old Lucie (Pauline Burlet), has become a wild child, on account of her antipathy toward Samir (Tahar Rahim), who has moved into Marie’s household. Samir, who runs a dry cleaning shop, met Marie while filling a prescription for his wife at the pharmacy where Marie works. Samir’s wife lies in a coma, and, despite Lucie’s fierce opposition, he and Marie plan to wed.

Hints are dropped that Ahmad was mopy while married to Marie. But at present he seems the only grownup around—calm, reasonable and congenial amid the increasing hysteria of the other characters. He sets about trying to fix things—not only the leaky plumbing in Marie’s kitchen but, beginning with Samir’s pouty, petulant young son who resents being moved like an armchair from one household to another, the fraught and frayed relationships he encounters. Ahmad seems the ideal mediator, except that his mediation only serves to make things worse. Even his gesture of buying gifts for the children serves to exacerbate rivalries and rancor. An attractive outsider, Ahmad is a surrogate for the viewer. Confronted with a hive of acrimony, we, too, must try to make sense of it all without being stung. Like Ahmad, we are repeatedly learning new secrets that undermine what we thought we knew before.

As William Faulkner famously observed, “The past is never dead. It’s not even past.” And each of the characters in Farhadi’s film is caught up in a tangled history. But The Past is not really about the past. A more appropriate title for a film that, avoiding flashbacks, focuses intently on the present, might have been Hang Time in Paris. If The Past is less compelling than A Separation, it is because, to a Western viewer at least, the problems of Marie, Samir and the others seem more familiar. Yet, without imposing conclusions or resolutions, with each film Farhadi forces us to concentrate on the complexities of the here and now—the ambiguous undulations of one distended family.

The Past (Le Passe)