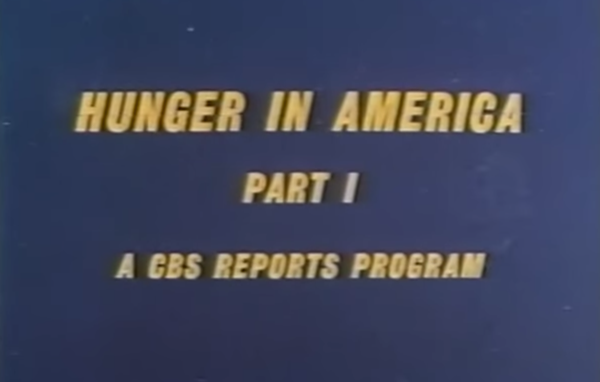 As San Antonio continues celebrating its 300 anniversary, an unofficial celebration of sorts will take place on June 22 at the Guadalupe Theater.

The People's Nite Market, on hiatus for the summer, will host a screening of Hunger in America, the Peabody Award-winning documentary, at 7 p.m. on June 22. The public is invited to join this free screening.

The documentary, produced by CBS, is a compact 51-minutes that showcase the struggle of low-income families in the mid-60s. It was filmed in the "black belt of Alabama, the horse country of Virginia, the barrios of San Antonio, and the Indian reservations of Arizona."

The documentary was first screened in May 1968, the same year as the Hemisfair's unveiling.

"It’s an unofficial 300 event in our eyes. 50 years of hunger. And what hunger looks like now," said Jovanna Lopez, one of the People's Nite Market founders. The market, which focuses on providing accessible produce in the city's food deserts.