The Playhouse's CEO Asia Ciaravino will join the City of San Antonio as the Chief Operating Officer for the city's Tricentennial Commission, the theater announced in a press release. 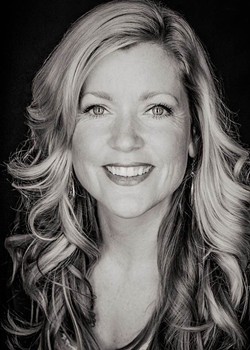 "Looking ahead to 2016, I can't help but be thrilled for the future. Not just for the opportunity to work with The Tricentennial Commission, but for The Playhouse and the arts in San Antonio. I am proud and grateful for my time with The Playhouse and look forward to aligning the same successful strategies with the goals and objectives forged by the Tricentennial Commission," Ciaravino said.

The Tricentennial Commission is tasked with coordinating the city's 300th anniversary, including planning, identifying partners, approving and disseminating a "unique identity" and integrating existing and recurring events into the celebration, according to a city press release from April.

Ciaravino has worked for The Playhouse since May 2012. She also hosts KLRN's "ARTS," and played the Wicked Witch in The Playhouse's 2014 season opener "Wizard of Oz."

She says The Playhouse will always be her home — and her team her family — and she'll hold her time there dear.

"I could never abandon the love and passion I have for the community we've built together, I will cherish it always," Ciaravino says. "I would like to thank Sheryl Sculley for this opportunity and The Playhouse Board of Directors for their trust and support of me over the past three years and especially in this decision."

Click here to learn more about the tricentennial in 2018.