'The Queen of Versailles': How David Siegel ruined the world and then got screwed himself 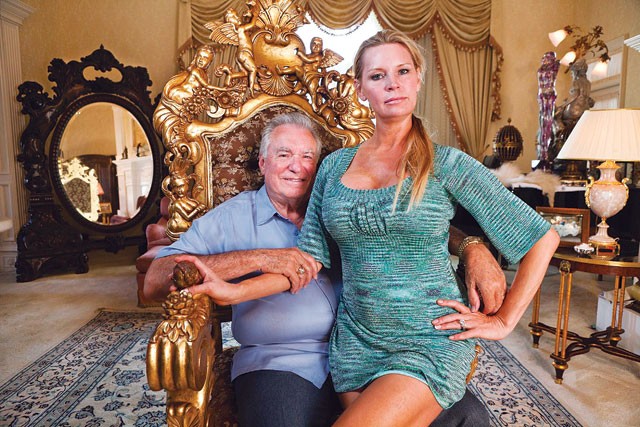 Lauren Greenfield won two documentary directorial awards at Sundance this year for her fascinating portrayal of David and Jaqueline Siegel, billionaires building the biggest (or second biggest, depending on whom you ask) house in America: a 90,000-square foot Versailles-inspired palace in Orlando. The director gained incredible access to their regular day-to-day life in their smaller home (only 26,000-square feet), and the Siegels seemed happy and on top of the world.

Then, everything crashed, starting with the market. In 2008, the real estate bubble burst and Siegel (owner of time-share giant Westgate Resorts) had to lay off thousands of employees and construction of the dream house stopped. Poor Siegels: forced to now travel on commercial airlines ("What are all those people doing on our plane?" asks one of the Siegel's eight kids; "What's the name of my driver?" Jaqueline asks the clueless rent-a-car clerk at the airport).

Early in the movie, D. Siegel brags about having "personally" elected George W. Bush to office, but doesn't give any details because he suspects some of his methods "may not necessarily have been legal." But as the movie goes on, his confident demeanor turned to depression. And, just before the movie opened in Sundance, he sued the filmmakers (and Sundance) not for the movie itself, but for the way it was described in press materials ("their time-share empire collapses and their house is foreclosed"). Sundance complied and changed the description to "their time-share empire falters due to the economic crisis" and kept out any mention of "foreclosure" in relation to the Orlando house. But the damage was done, according to the Siegels.

In the lawsuit (for which he wanted $75,000 from Sundance and the same amount from Greenfield and her husband/producer Frank Evers), Siegel described the movie as "more fictional than real" and "a staged theatrical production, albeit using nonprofessionals [the Siegels themselves] in the starring roles." Moreover: "We didn't hit bottom," D. Siegel told the New York Times in June. "We just flattened out." To add weirdness to the story: Jaqueline Siegel, according to Greenfield, has been supportive of the film and has attended several festivals with her.

To be fair, Greenfield is not out to destroy the Siegels — she just lets them talk and shows their surroundings; there's no narration here, and plenty of cinéma vérité humor. The couple's cheesy taste for decoration reminded me of Woody Allen and Tracey Ullman in Small Time Crooks, and their fondness for having stuffed former pets on the piano is pretty much the worst I have to say about them. They seem to treat everyone with respect, they're likable, and if Jaqueline's idea of "cutting down" on Christmas shopping is buying carts and carts filled with useless stuff at Walmart, that's up to her. It's a rarely seen inside look at a rags-to-riches-to-rags version of the American Dream — or, rather, the reality of how people at the tip-top always land on their feet.

And as far as how he got Dubya elected, Siegel finally spilled the beans in August.

"Whenever I saw a negative article about [Al] Gore, I put it in with the paychecks of my 8,000 employees," he told Bloomberg Businessweek in August. "I had my managers do a survey on every employee. If they liked Bush, we made them register to vote. But not if they liked Gore. The week before [the election] we made 80,000 phone calls through my call center — they were robo-calls. On Election Day, we made sure everyone who was voting for Bush got to the polls. I didn't know he would win by 527 votes. Afterward, we did a survey among the employees to find out who voted who wouldn't have otherwise. One thousand of them said so."

In the movie, Siegel laughs about the whole thing.

"Had I not stuck my big nose into it, there probably wouldn't have been an Iraqi war, and maybe we might've been better off, I don't know."

Thanks a lot, Mr. Siegel. That sure is a load off.

The Queen of Versailles