Because the biweekly Texas Observer only has a meager circulation of 8,000 readers, the Queque thought it’d repeat something found in its latest edition about the hip-hop record label that helped with the Queque’s early-onset puberty. (We were in a parking lot after a junior-high dance. Some teenagers drove up blasting the Beastie Boys’ “Brass Monkey.” “We got the bottle / you got the cup / Come on everybody let’s get fffff” … and the rest is reproductive history.)

Def Jam made a “super-clean” radio edit of Ludacris’ and Mary J. Blige’s recent chart-topper, “Runaway Love,” that censors a mention of abortion. Specifically, they dropped the last part of this lyric:

“The days go by and her belly gets big / The father bails out he ain’t ready for a kid / Knowin’ her mama will blow it all outta proportion / Plus she lives poor so no money for
abortion.” 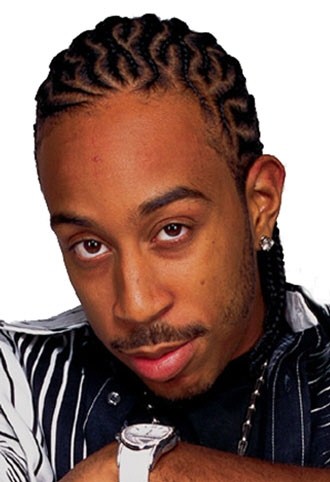 This edit is played on Clear Channel Communications’ 96.7, KISS-FM, in Austin. But the Observer’s reporting seems to place the onus on Def Jam, who lets radio stations choose which version of a song it’ll air, and included a version of “Runaway Love” that deleted a separate reference to child molestation. And it erased the abortion allusion for good measure.

Def Jam, the old patron saint of LL Cool J and later Jay-Z, the Queque hardly knows ye. Because didn’t Bea Arthur have an abortion on the TV show Maude back in 1972 — a daring move by a sitcom with an impossible to sexualize lead, made even more daring because it aired months before Roe V. Wade made abortion legal nationwide (says Wikipedia)?

And according to the Queque’s round-the-way girls at NARAL Pro-Choice Texas, “80 percent of Texans support an increase in funding for family planning,” says spokeswoman Shannon Noble, between touting two Prevention First bills being heard in committee at the Texas legislature Monday night — HB 268, that would call for private insurance to cover birth control, and HB 1842, requiring schools to teach medically accurate and honest sex education (that might even mention the word abortion, gasp!). Props to San Antonio rep Joe Straus for co-sponsoring the latter.

Back in December, Queque contributor Dave Maass wrote of a certain yet-unfiled bill that would allow Texas beer breweries to peddle their product on-site: “If it’s not too much for us to speculate, if one bill passes in the upcoming legislative session, it’ll be this one” `“Battle of the Brew,” December 20-26`. Maass’s not so much eating his words now as shopping for a bottle of stout deep enough to drown himself in.

According to Brock Wagner, brewmaster at St. Arnold’s Brewery in Houston, the coalition of small brewers (hamstrung by a law that prevents them from selling directly to consumers) have finally found themselves a bill sponsor: liberal crusader Representative Jessica Farrar. Actually, they found two sponsors. Representative Patrick Rose filed HB 2647, which is identical to Farrar’s HB 1926. The problem now is that the legislation has gone flat sitting in Representative Kino Flores’s Licensing and Administrative Procedures  committee. The word along the hops-line is that Flores is quietly siding with the big-beer lobby (who contributed several thousand dollars to his campaign), which doesn’t like competition.

Pun-bomb alert: They find themselves at lagerheads. Without a hearing, there’s no real opportunity for microbrewers ’n’ friends to swarm the Capitol with picket signs and beer steins to testify about local flavor, not to mention local economics. The blog that got the barrell rolling (Starnoldgoestoaustin.com/blog) hasn’t seen a fresh post since late January.

Our contributor Vince Leibowitz commented way back when on his blog that “beer is a bipartisan issue.” The Queque is as mean a journalist as it is a drunk, and so we have no problem dropping Flores’s email:  kino.flores@house.state.tx.us. Hound him like a hangover, and tell him the Queque sent you.

As is our distinct pleasure at the end of each and every calendar month, give or take a few days, the Queque presents its wrap-up of U.S. Department of Defense contracts. March was a big month for San Antonio: $869,236,430 in military contracts. Not bad, considering that, according to Costofwar.com, the Iraq war has cost San Antonio $1.676 billion. So, put your hands together for our local military profiteers for halving it in 30 days.

First and foremost, our gratitude is extended to Valero’s Marketing and Supply subsidiary, for pulling in $520-million worth of fuel contracts. Our other local energy giant, Tesoro, also deserves a pat on the ass for nabbing a $74-million jet-fuel deal.

However, this month was all about Say-Town small businesses, with AGE Refining Inc. and Refinery Association of Texas (the latter’s actually in New Braunfels) each topping the list of 21 candidates with their bids. AGE will sell the military $91.9 million in jet go-juice, while the Refinery Assoc. is filling a $121-million naval-fuel order.

Finally, major cred goes out to Labatt Food Service Inc. who won yet another $9-million contract to feed military personnel in Texas and Oklahoma for the rest of the year.

The best news of all is that even though the total U.S. military deaths in Operation Iraqi Freedom hit 3,234 on March 26, only one of casualties was a San Antonian: Army Sergeant John S. Stephens’ was killed during an attack on his patrol in Tikrit on March 15.

The FDA’s public-comment period on whether you want your beef pasture-raised or descended from a petri dish `“Cloning, the Embryonic Stage,” January 3-9` ends this Monday. Ben and Jerry’s Ice Cream has come out against allowing clonal food products or their offspring into the meat and dairy supply, despite the latest FDA risk assessments that say they carry little risk to consumers. If the FDA gives final approval to the use of clonal food — as its expected to do, without requiring the products be labeled as being cloned food — the Queque wonders if B&J will come out with a new pint flavor: Everything But the Clone Batter.

Visit Tinyurl.com/269gzh to send comments to the FDA.

The QueQue News The Queque