Not that the City Council will necessarily side with the Parks & Rec Board’s sentiments, but the members voted at Monday night’s meeting to reject the sole $350,000 bid for Healy-Murphy Park’s scant acre. The lone would-be buyer? The very same La Villita del Rio Development corp whose inquiry re: the small, neglected Eastside lot put the auction wheels in motion last year. The vote is something of a blow for District 2 Councilwoman and mayoral hopeful Sheila McNeil, who’s championed the sale on behalf of City Hall lobbyist and La Villita Development rep Walter Serna, and is rumored to be telling her dais co-tenants that she has the community’s support.

The Parks board had voted once before not to proceed with the public bidding process, and the unexpectedly low price (the City was touting a figure as high as $800,000 last summer, although it halved that prospect for Monday night’s presentation) as well as the plan’s uninspiring details (another wing of the adjacent Comfort Suites, plus parking, with the historic Dullnig house preserved for shop or office space) sealed the bid’s fate. `Read the bid sheet on QueBlog, at sacurrent.com.` Chair Mark Treviño barely had the introductory remarks out of his mouth before District 1 rep Hector Cardenas motioned for a thumbs down; a move followed with lightning speed by District 2 rep Alexander Saucedo.

A mighty brief discussion ensued, the gist of which was summed up neatly by Cardenas: “I hate to say it, but it’s not enough money.” A couple of members suggested the low ball might be a heavenly sign.

The proposal goes to the Council’s Quality of Life committee next, which is chaired by Delicia Herrera, who like McNeil is term-limited this spring. All five of the District 2 candidates vying to replace Her Sheila-ness have said they oppose the sale (although Dan Martinez would rather lease it to the Salvation Army than preserve it as a park). Merced Housing VP Ivy Taylor was the only contender in attendance at Monday’s meeting, but the bid is likely to suffer a quick death if it’s not through Council by May. 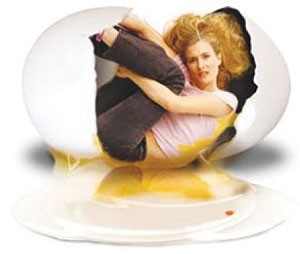 What do you get the 70-year-old family-planning organization that has a quarter of a million clients, insufficient funding, and a nearly limitless supply of sworn enemies?

Bad bills, of course, and just Planned Parenthood’s luck that as its acclaimed San Antonio and South Texas chapter prepares to light 70 candles on its birthday cake this Thursday (with the help of historian Doris Kearns Goodwin), the Lege is in session. Texas’s culture warriors haven’t forgotten the date, either, to judge by the zeal with which they’ve tried to wrap up a white elephant or two in time for the anniversary. Last Friday a budget rider worded carefully to cut off family-planning monies to PP died abruptly, but another version was resurrected briefly Monday. Watch for it to pull a second Lazarus act in Conference Committee later this spring.

Also still viable: Senate Bill 182, filed by Houston right-wing radio personality Dan Patrick; Patrick’s found a (platonic, we assume) soulmate in SA’s own Frank Corte, filer of identical twin HB36. The legislation would require doctors to show an ultrasound to any woman seeking an abortion, turn up the volume so that any fetal heartbeat is audible, and discuss the image on the screen. The woman would be allowed to avert her eyes — if only, one imagines, because Patrick and Corte haven’t yet figured out the logistics of forced viewing. A substitute bill (which is fundamentally no different than the original, says Planned Parenthood Trust’s Yvonne Gutierrez) passed easily out of State Affairs, where the only nay votes came from SA’s Van de Putte and Houston’s Rodney Ellis. Mark its progress and contact your legislators at legis.state.tx.us.

The expectedly contentious sessions at the Pink Dome should lend an extra air of purpose to Thursday’s anniversary luncheon, which will honor the “lawn ladies” who opened SA’s Maternal Health Center in July 1939 in a little caliche cottage at Water and Goliad streets. A commemorative booklet published for the occasion also salutes other key figures in Planned Parenthood’s evolution, including local scientist and birth-control-pill pioneer Dr. Joseph Goldzieher, and Ruth McLean Bowman Bowers, who supported the successful Roe v. Wade arguments before the U.S. Supreme Court. Huzzah to the women and men who’ve championed the cause of responsible family planning — and by implication, the right of consenting adults to have sex for fun and intimacy, as well as for procreation — all these long and sometimes lonely years in South Texas. Get more info on the luncheon, and Planned Parenthood’s inspiring history, at pptrust.org.

Following in the footsteps of the Rape Crisis Center, two more of the Bexar County Family Justice Center’s partners are moving out. Beginning April 1, the Family Violence Prevention Services and Family Services Association will no longer provide on-site part-time counselors, although they will continue to partner with the four-year-old Family Justice Center. Both the private organizations and the Center are framing the change as “temporary,” but the obstacles cited by Family Violence Prevention Services President and CEO Marta Peláez don’t sound easy to overcome: inadequate funding, lack of client demand, and concern that background checks and occasional arrests deter potential clients.

The Family Justice Center relies on its partners to carry the cost of providing their services, says Peláez, and with need for Family Violence Prevention’s services increasing in tandem with the economic crisis (a subject Peláez discussed on Bill Moyers Journal last week), her organization has to put its resources where they’re used. Her counselors, she says, saw “very few” clients at the Family Justice Center. “I cannot afford to have an idle counselor,” said Peláez. “Seeing clients or not seeing clients, that made the decision clear.”

While they both speak highly of the Family Justice Center’s prosecution-related services, Rape Crisis Center President and CEO Lynn Blanco echoed some of Peláez’s concerns about working on-site at the center. When a victim goes to the Family Justice Center, she says, it’s like a Maslow’s hierarchy of needs, and counseling is not at the top of the list. Blanco also says that fears of running into legal trouble may discourage some individuals. “A lot of victims are very concerned with the law-enforcement aspect,” she said.

But Family Justice Center Executive Director Meera Ballal says “there is a very huge misconception” regarding law enforcement’s involvement. The Justice Center, a public-private partnership overseen by a board headed by Bexar County District Attorney Susan Reed, was conceived as a one-stop shop for victims of domestic violence: issuing warrants, documenting evidence, providing legal assistance and counseling, and more. But because perpetrators often try to remove their partners, or pass themselves off as victims, the mandatory criminal-background checks are a necessary precaution, says Ballal. Only a handful of arrests have actually been made at the Center, she adds, and the vast majority of those were perpetrators, not victims. In the case of e.g. hot checks, which are common in domestic-violence situations, Ballal says the Center works with clients to clear the warrants. Her impression, she adds, is that the on-site Family Violence Prevention counselor was needed and used.

“When these folks come in, they’re in crisis; we really need crisis counseling,” she said. “Counseling is crucial to have here.”

Ballal holds out hope that Family Violence Prevention and the Family Services Association will return to the Center, but in the meantime, their services are available off-site, and says Ballal, the police department and the Center for Health Care Services still provide on-site crisis counseling. Ballal also suggested that if the Family Justice Center receives Victims of Crime Act funding this year, they would offer some to partners to support their on-site services — although they’re currently ranked 17 out of 19 in the VOCA funding hierarchy. •