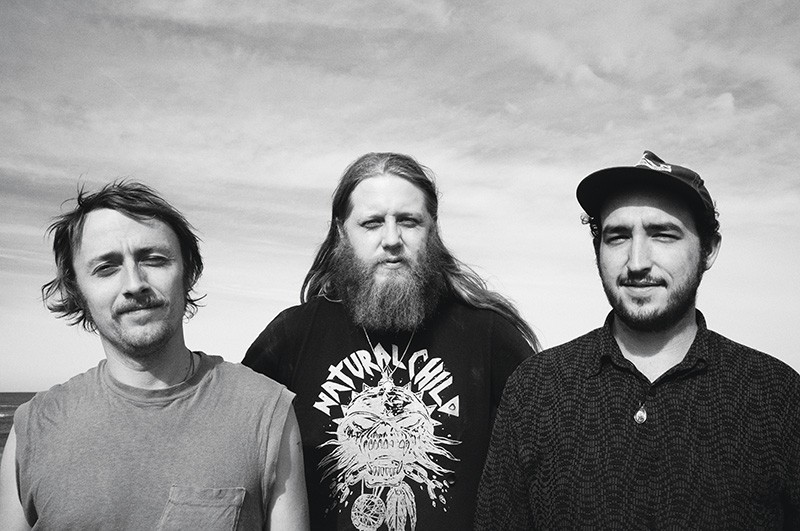 As music listeners, we tend to have two modes of relating to music: intellectually/conceptually and viscerally/emotionally. It's a uniquely human divide — head vs. heart.

Some folks listen one way as a default and some move comfortably back and forth. For music makers, there seems to a similar dichotomy at work. Nashville rock 'n' roll band Natural Child, for its part, falls squarely in the heart category.

Natural Child's sound is a hot mess (in the best way) of an amalgamation of the various strands of American musical history. The Burger Records trio (sometimes more) serves up sweaty boogie-blues by way of raw garage rock, with a southern-fried twang and a touch of surf for salty flavor. The band's most recent offering, Dancin' With Wolves, brings a fuck-all punk attitude to loose and ambling outlaw style country, indebted heavily to Willie and Waylon and the boys.

Basically, Natural Child brings all the nostalgic and propulsive jams that make you want to hang on to the night just a little bit longer than you should.

Put another way, as bassist/co-vocalist Wes Traylor told the San Antonio Current last week, "Rock 'n' roll is a pretty big and diverse thing, and [Natural Child] like[s] all of it."

As individuals, the band's three original members take their inspiration from all over the sonic map, with their biggest measuring stick being the raw blues-rock of the 1960s Rolling Stones. Close seconds, at least of late, might include Neil Young and Basement Tapes-era Dylan.

Despite the outfit's unwavering commitment to following its shapeshifting rock muse wherever it leads, don't get it twisted: there's not a lot of conscious, serious decision making going on behind the scenes here.

While the band's sound has shifted and grown from album to album — most notably with its most recent release, the decidedly outsider country Dancin' With Wolves — it has more to do with letting things happen organically than it does with forcing the issue and intentionally diversifying.

"I've learned a lot from doing what I want to," Traylor and guitarist/co-vocalist Seth Murray croon on one of Wolves' standout tracks, "Country Hippie Blues."

This humble brag of sorts could easily be made into the official mantra of the band.

Trying to find points of unification among the strands of the impressive body of music the group has cranked out since 2009, I asked Traylor about his hopes and aspirations for the band, long term.

"I don't really think about that too much, I don't think that far ahead," he said. "We just wanna keep making the music we like and we wanna do that music justice."

Traylor, ever in the present, the wheels always turning, told the Current that the band is nearing completion of its next release, Okie Dokie, which should be out by year's end. The album is the prolific group's fifth full-length in as many years. And that's not to mention EPs.

Finally, we got around to talking about the band's live show. Knowing the dudes' reputation for thrillingly thrashing performances, I asked Traylor about Natural Child's live mission statement."We wanna make the girls dance," he chuckled, as if afraid to fully commit to the genius of his statement. "Because it's easy to make the dudes dance; just play loud and fast and they'll jump around and break shit. It takes something a bit more subtle and substantive to get the girls to dance."

Fair enough. Not exactly a philosophical approach, but when your music's about chicks and weed, booze and abandon, it's best if it doesn't come from an affected position of calculation. Sometimes, it's the progress towards a small goal that produces the most satisfying work.

You can see if Traylor's endearingly simple, yet potentially quite profound, ambitions are brought to fruition on Sunday in the cozy confines of Hi-Tones. The knockout bill also includes a hat trick of mad talented locals: garage rock heavys The Rich Hands, blues growler (and Current contributor) D.T. Buffkin and prog-psych luminaries Crown.