The Real-Time Romance of 'Talley's Folly' 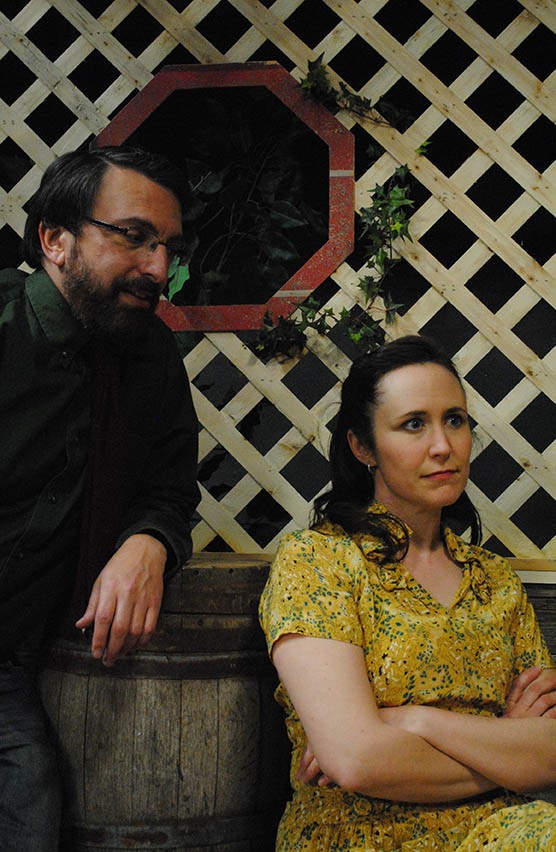 At the beginning of Talley's Folly, Matt Friedman addresses the audience, which, in the intimacy of the Sheldon Vexler Theatre, sits a few feet away. He promises "a no-holds-barred romantic story" that will last only 97 minutes. Lanford Wilson's sweet and pungent play, a two-hander set in real time, does not disappoint.

It is the evening of July 4, 1944, and Matt, a 42-year-old accountant, has driven 200 miles from St. Louis to rural Lebanon, Missouri. His purpose is to woo Sally Talley, a skittish 31-year-old who has apparently resigned herself to spinsterhood. Though Matt and Sally spent time together last summer, they have not seen each other in a year. Talley's Folly is a 97-minute marriage proposal by a bookish, determined suitor to his coy sweetheart. When Matt shows up on Talley property, Sally immediately insists that he get back in his Plymouth and return to St. Louis. She chides him: "You do not have the perception that God gave lettuce."

The Talleys, the wealthiest family in the area, are not paragons of enlightenment. They oppose organized labor in their textile mill and do not conceal their contempt for Matt, a refugee and a Jew, as "a Communist traitor infidel." Matt's charm offensive seems hopeless — except for the fact that Sally, who was fired from Sunday school for teaching Thorstein Veblen, prides herself on being more tolerant than her relatives. From a 2015 perspective, Matt's persistence might seem like stalking. Yet he is chirpy and confident. Enraptured with the beauty of the Missouri countryside, he exudes confidence that the war will soon end and prosperity ensue

Nevertheless, as becomes clear only later in their extended conversation, there are dark sides to both Matt, a wandering Jew whose family was wiped out in Europe, and Sally, a victim of the narrow roles assigned to women in mid-century Missouri.

After Matt's opening monologue, he and Sally carry the entire play. And, under Jim Mammarella's direction, Scott Leibowitz and Kathy Becker create an utterly fluent, beguiling conversation. Leibowitz, who affects an urbane German accent, wins at least the audience over with his renditions of Polish, Scottish, Italian and hillbilly English; he even does a fair Humphrey Bogart impression. Becker can use a single expression — "You are one total living loose screw" — to express shades of indignation, exasperation and affection.

In addition to meaning lunacy, folly refers to an architectural extravagance with no practical purpose. The folly in Wilson's title is a dilapidated boathouse on Talley property that, skillfully designed by Ken Frazier, is the play's sole setting. It is there, beside a Missouri river, that a man and a woman thrash out their fates.