The Reflecting God: A Look Back at Marilyn Manson's Most Iconic Music Videos 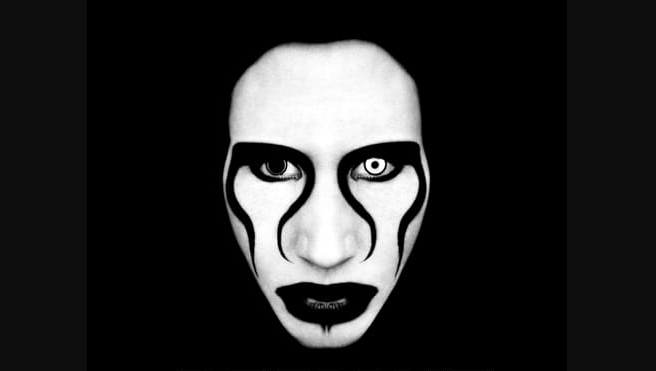 Shock rocker Marilyn Manson has always been known for his extreme aesthetics. With looks ranging from androgynous alien to mentally unstable patient locked in a 1920s psych ward, Marilyn Manson can serve a look, henny.

Unless you were able to see his live shows, fans were introduced to Manson through his iconic music videos, which really pulled us into his world of macabre rock ‘n’ roll.

Since the self-proclaimed antichrist superstar himself will be in San Antonio Thursday night, we’ve gone back and checked out some of his most iconic videos. Here’s ten to get you pumped for the show:

“Cryptorchid”
Weird even for Manson, “Cryptorchid” looks like pieces of some college art movie mixed with images of insects and Manson, well, being Manson.

“I Don’t Like the Drugs (But the Drugs Like Me)”
Manson nailed to a crucifix of televisions in a white wig. What’s more to say?

“Long Hard Road Out of Hell”
With his genitals tucked and rocking full makeup, how did we not know Manson was one of the fiercest drag queens of the nineties?

“Disposable Teens”
Rising out of the water like a gothic Lochness Monster, this video reminded us that Manson still was spooky as hell even after the glam goth era of Mechanical Animals.

“Lunchbox”
Ah, the very first Marilyn Manson music video. Remember when parents were saying that “Lunchbox” was about bringing a gun to school in a lunchbox? Jeez. Fun fact: Manson said his only line of defense against bullies growing up was a KISS lunchbox. Pow! Pow! Pow!

“mOBSCENE”
This about the time Manson was becoming obsessed with everything 1940s, and this video definitely reflects it.

“Tourniquet”
Arguably the creepiest of his videos, “Tourniquet” was pinnacle Marilyn Manson: filthy, disturbing and intriguing as hell.

“God’s Gonna Cut You Down”
Released last week, “GGCYD” is a great depiction of this Southern rock/gothic cowboy era Manson’s been on the last couple of albums.