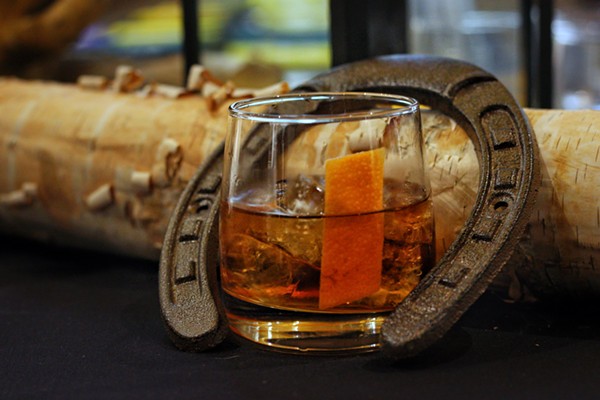 The San Antonio Cocktail Conference is gearing up for their seventh year of booze filled events and spirits classes. This year, like every year, the conference has a themed drink that is showcased through out the conference and is responsible for embodying the spirit of the conference.

This year the cocktail was showcased and announced at Entre La Sombra: Life Along the Missions, an event that was open to the public at Plaza De Armas, in downtown San Antonio.

Prior to the drink announcement, there were hints of the signature cocktail being "a riff on a classic." It seems that the rumor held true, as the new cocktail is the Tio Mio, an agave take on a classic Old Fashioned. The drink replaces whiskey with an Herradura Añejo tequila, swaps the sugar cube for agave nectar, and adds a bit of chocolate bitters to complement the angostura. The drink pays homage to San Antonio, which is celebrating its Tricentennial in 2018. The drink reminds you of a classic favorite, while adding a level of culture and diversity, much like the city itself.

The San Antonio Cocktail Conference is set to take place on January 10 through 14, 2018 in various locations around the city. While the week long conference has been a huge event in past, expect it to grow even more this year in honor of the city's 300th birthday.