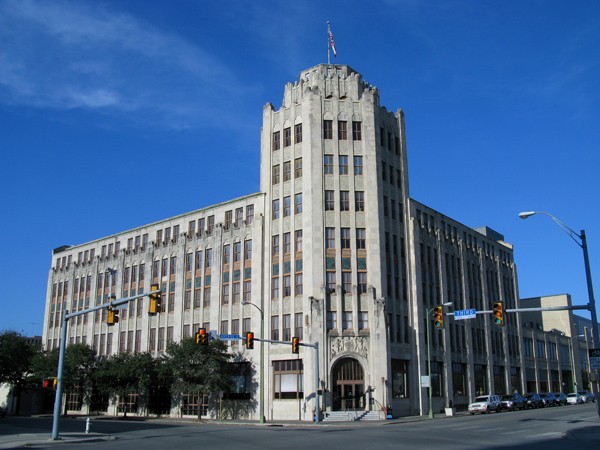 Hearst Corp., the owner of the San Antonio Express-News, has cut deeper into the daily's newsroom, laying off 14 seasoned journalists, according to people familiar with the job cuts.

The layoffs follow the departure of Editor-in-Chief Mike Leary, who retired at the end of last and Managing Editor Jamie Stockwell, who recently was hired as the New York Times' deputy national editor.

The job cuts aren't the first at the Express-News and certainly are in character with the deep cuts at daily papers around the country, which have suffered as readers and ad dollars flee to online sources. The Express-News' biggest bloodletting came in when it slashed 75 or about a third of the newsroom. At least one smaller cut followed.

While several Express-News employees said to be caught in the layoff declined to the Current, some have taken to social media to discuss the cuts.

Longtime reporter Zeke MacCormack tweeted that he and "several other" longtime Express-News employees had been laid off and thanked his readers and sources.

Folks, I was laid off today, along with several other longtime Express-News employees. Thanks to all the sources who helped me report the news, and to readers. Also, sorry for the errors that made it into print despite our best efforts. Good luck, zeke

If you’ve been around the Texas Capitol for any period of time, you can’t help but know and admire Peggy — one of the best reporters to cover politics and policy over the last several decades 2/x

I've got some bad news to report, at least from my perspective. I was laid off today by the @ExpressNews. I enjoyed telling stories about San Antonio high school sports. Thanks to everyone who helped me do that.

"Ok, so for the second time I've been laid off from the -News [sic]," editorial assistant Mary Heidebrink posted on Facebook. "Anyone know of someone hiring an obit writer? Seriously, any and all networking help is appreciated."

There's long been industry (and newsroom) speculation that Hearst, which owns a couple dozen daily papers, would look for ways to consolidate its Texas operations, especially the Express-News and Chronicle.

And with Loeb's recent arrival in the Alamo City as interim editor, the Houston connection has grown even stronger.

In a January letter to employees, Hearst CEO Steven R. Swartz painted a relatively rosy picture of the privately-held company's performance. If it hadn't been for Hurricane Harvey's impact on the Houston and Beaumont papers, Hearst Newspapers would have recorded its sixth straight year of profit gains, he wrote.

"People are in shell shock," said a person familiar with today's environment in the Express-News newsroom. "It's like, 'Oh, no. Not again.'"

The layoffs come as a surprise since many news organizations have adapted to running with leaner operations, said Robert Huesca, a Trinity University communications professor.

"It seems like a lot of jobs to be eliminating," he said. "I thought that newspaper staff sizes might have stabilized at this point, but it's disappointing to see that the fiscal issues continue."