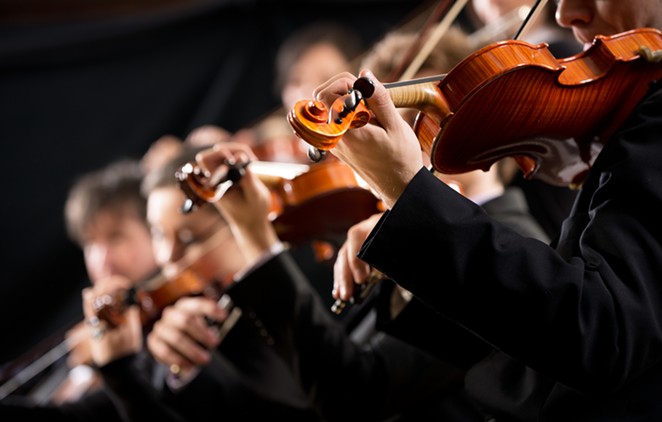 There may be hope for the Alamo City's symphony.


Quick recap: The San Antonio Symphony had donors (H-E-B, the Tobin Endowment and the Kronkosky Charitable Foundation) set to contribute to the San Antonio Symphony, but backed out of the deal after discovering a potential $8.9 million pension liability, leaving the future of the orchestra in doubt. Basically, the large funders were worried that the Symphony Society wouldn’t stay within budget and after a marathon meeting last week, the board has decided to suspend operations of the orchestra at midnight Sunday and cancel the remainder of the 2017-18 season.


According to a press release, the San Antonio City Council will consider a plan that would allocate previously budgeted funds to support the symphony as fundraising, operational and performance milestones are achieved over the next six months. The FY 2018 City budget includes $614,000 for the symphony, of which $368,400 remains. Payments were temporarily halted pending a decision about the current concert season.


Since then, Mayor Nirenberg and District One Councilman Roberto Treviño have been working with City and County officials to ensure the symphony’s season continues.


“I firmly believe that the community wants to see a world-class symphony orchestra continue and thrive in San Antonio” said Mayor Nirenberg in the press release. “However, the City and County cannot solve the financial difficulties of the Symphony by ourselves. We hope to encourage patrons and corporate donors to increase their financial support.”


Next Tuesday, Bexar County Commissioners Court is expected to consider a proposal to pledge $350,000 in new, direct financial support, which would match future private fundraising. Funding from other arts-related programs would be reallocated for this purpose. Wolff and Nirenberg also announced intentions to jointly initiate a strategic analysis of the Symphony, its programming, management and long-term financial needs.


“We’ve heard an outcry to help save the Symphony, and we’re helping find a long-term solution,” said Wolff in the press release. “However, supporters need to understand that, if this season is to be saved, their increased financial contributions are needed right now.”