The Show Must Go On: Dragula Performers to Play San Antonio Dates in Spite of Aztec Show Cancellation 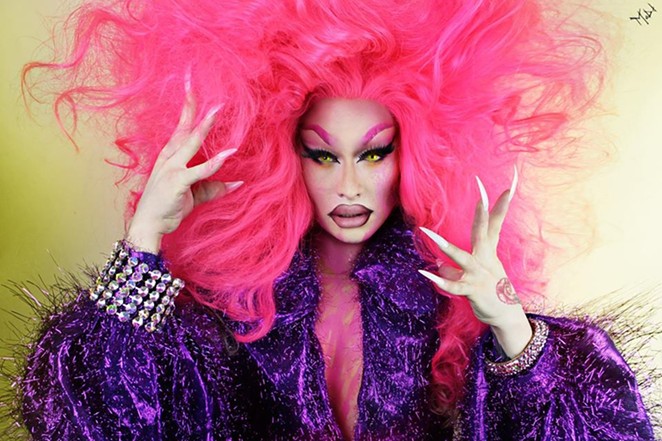 If you were bummed about the Dragula tour being recent cancellation, hold onto your wig for some good news.

San Antonio-based drag performer Shawn Benét, who has been doing drag since 2017 and booking drag shows since last year, is making sure San Antonio gets to see the traveling show's spooky queens perform — even if they won't all be on the same stage.

"Its important to have these artists represented in this city because only mainstream reality tv drag is all that was represented," said Benét who also happens to be an official ambassador for this year's Austin International Drag Festival. "San Antonio has this mentality of what drag should be and I'm here to show this city that all drag is valid and that there are many avenues of drag that deserve to be represented in this cookie cutter scene."

Before the show's Wednesday, October 16 stop at the Aztec was scuttled, Benét had lined up slate of appearances for queens from the show.

For those who don’t know, Dragula is a club night act-turned-TV program where drag queens who express themselves in macabre and avant-garde makeup compete for the title of Drag Supermonster.