The State of SA’s Craft Brew 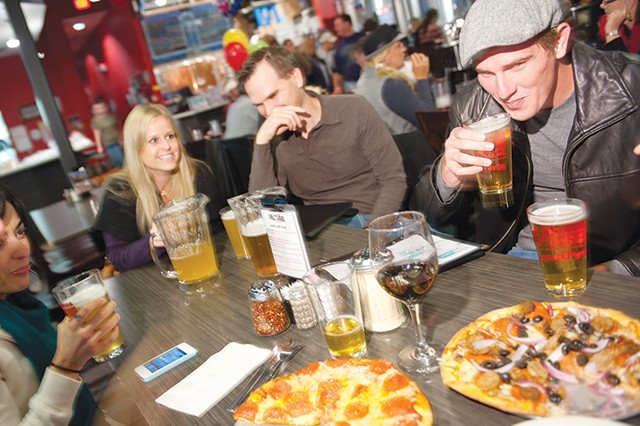 The history of this country is filled with stories of how beer brings communities together. Towns were often built with a brewhouse planned as a key component right alongside government entities. It has also long been speculated (with some actual support) that the Mayflower landed in Plymouth as they were running out of the ales they had brought over from England.

Thankfully the hoppy tradition has taken hold of Texas and certainly the Alamo City. As with other parts of the state, many local breweries have monthly or quarterly open houses where the community’s thirsty masses gather over a few pints. While Austin is often considered to be THE craft beer destination in Texas, San Antonio has the potential to blow its neighbor to the north right out of the water.

But before we look to our sudsy future, we must look at our history, which began in 1855 with the opening of San Antonio’s first brewery: The Western. Owned by William Menger and Charles Degen, the brewery opened in the Menger Hotel with a splash, eventually becoming a force in San Antonio. Over the next few decades, breweries came and went. However, in 1883 the San Antonio Brewing Company began brewing operations (later known as the Pearl Brewery) and, along with the Lone Star Brewery (founded by Adolphus Busch), ushered in what one could call San Antonio’s golden age of brewing.

Several decades later Prohibition hit and San Antonio took it on the chin. Many breweries closed and those that didn’t survived with improvisation, often brewing sodas and near beer (non-alcoholic brew). It wasn’t until the ’90s, when the craft beer revolution hit the rest of the country, that San Antonio made a comeback with the opening of the now-oldest existing brewpub, Blue Star Brewing, as well as the Yellow Rose, Frio Brewing and, in New Braunfels, the Faust. But it wasn’t all sunshine; the same span witnessed the Pearl struggle to stay open and Lone Star, Frio and Yellow Rose close their doors. By 2001, Pearl had run its course and ended brewing operations.

But you can’t keep thirsty San Antonians down. Not long after the Dodging Duck brewpub opened in Boerne, landing San Antonio its second brewpub, San Antonio native Eugene Simor began production of his Alamo Golden Ale in Blanco at Real Ale. Although we could not have foreseen it, the opening of Freetail Brewing Co. in 2008 on the city’s North Side helped create what has become a growing movement to bring San Antonio back to the forefront of brewing in Texas.

Next to open was Ranger Creek Brewing and Distilling in 2010, known not only for its brews but also its formidable whiskey.

The beers kept pouring in with Branchline Brewing (which recently began canning their brews), The Granary ‘Cue and Brew at the Pearl (whose Alex Rattray is bringing brewing to the Pearl area for the first time in a decade), the Medical Center’s Busted Sandal Brewing, 5 Stones Artisan Brewery in Cibolo, BS Brewing in Seguin and Naughty Brewing. Several more breweries are in the works, such as San Antonio Brewing Co. and the opening of Alamo Beer’s production plant in the fall on the city’s East Side, under the direction of head brewer James Hudec. The brewery will help bring production up from 40,000 cases to more than 500,000.

Our thirst for quality suds in San Antonio seems to be growing with no end in sight. More and more establishments are featuring beers not only from small and independent breweries around the U.S., but from San Antonio and Texas. Places like the back bar at The Cove, GS 1221 (a newly opened growler station at the 1221 apartments), The Friendly Spot and Big Hops Growler Station all strive to highlight what we have to offer in San Antonio.

With the change to beer laws in the last year, and a few more expected throughout the next several legislative sessions, the scene is set up to promote job growth, economic stimulus and more ales and lagers for consumers. The state of craft beer in San Antonio is on track to do formidable things in the next decade.

To celebrate this immense growth and in conjunction with American Craft Beer Week, area brewers and beer retailers are joining to celebrate the fourth annual San Antonio Beer Week. The festivities kick off Saturday, May 10 with opening ceremonies and tastings of a special SABW collaboration brew, followed by beer dinners, pub crawls, tap takeovers, educational seminars and special releases through Sunday, May 18. A full schedule can be found at sanantoniobeerweek.com. Cheers!